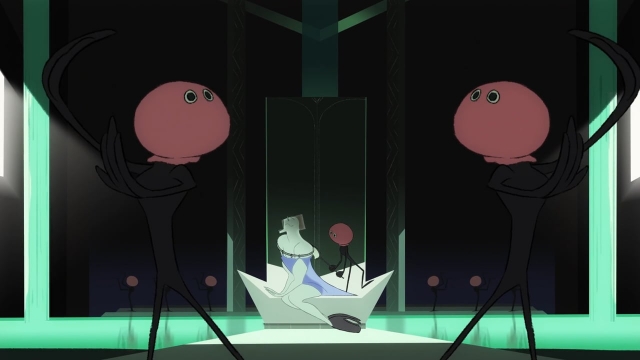 Nightmare in the Morning is based on how Tal feels every morning. CalArts alum Abby Lyons (Music MFA 16) created an original song for the film with singer Natalie Perez (Music MFA 17) contributing vocals. Daniel Markovich produced the track.

Tal notes, “With Nightmare in the Morning, I wanted to capture the haziness of that time of the day in a blown up, extravagant way—from the moment I get up to the moment I drink my coffee. Pop music videos and dance culture heavily inspired the film as far as its structure, staging and editing, characters, costume designs and background design.”

Born and raised in Israel, Tal started the film during his third year of the CalArts Character Animation program. He completed the short as an exchange student that same year at the acclaimed Gobelins (Ecole de l’image Les Gobelins) animation school in Paris. The film was named a Vimeo Staff Pick when it first premiered online in 2016 and has played in several major festivals around the world. Tal most recently served as a story artist on Disney TV Animation’s Tangled: The Series and the upcoming Amphibia.