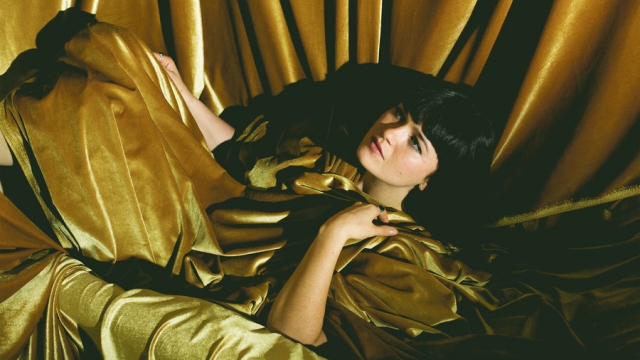 More about the single from Cyrena Touros on NPR’s All Songs Considered blog:

A whole generation of musicians born in the 1980s have released formative albums in the last few years that mine the production landscape of their birth decade. Thunderous synths, trash-can lid percussion, and the volcanic, Phil Collins-style drum fills are back en vogue. Truly, the percussive emphasis of a well-timed shimmy of castanets is the tragically forgotten chef’s kiss of ’80s pop production.

On Laura Jean Anderson’s debut single, she expertly checks most of these boxes and adds a diva-sized belt to the mix.

The booming, stadium-sized chorus (“You say shut it, I’ll speak loud / You say take it, I’ll rip it up proud / And I don’t regret it cause my heart’s all out / Silence won’t help me now”) has the power to storm 2018.

The soulful singer is scheduled to play a local headlining tour date in Downtown Los Angeles when she takes the stage at the Moroccan Lounge on Thursday, April 19. Joining Anderson for her 21+ show will be opener Pom Poms.

Born in Olympia, Washington, and now residing in Los-Angeles, Anderson is an artist with her feet rooted in American music, from soul to folk-Americana to rock’n’roll while embracing pushing the boundaries of modern music. Her weekly shows across Los Angeles have established her as a staple of the LA music scene, garnering support from KCRW, and having LA Weekly proclaim that her music has a “timeless sound… a mysterious conception that sounds as if it’s from another era.”

Anderson is currently working on her debut album with producer Tyler Chester in Los Angeles.
—by Oscar Burrows-Rangel

This event is 21 and older