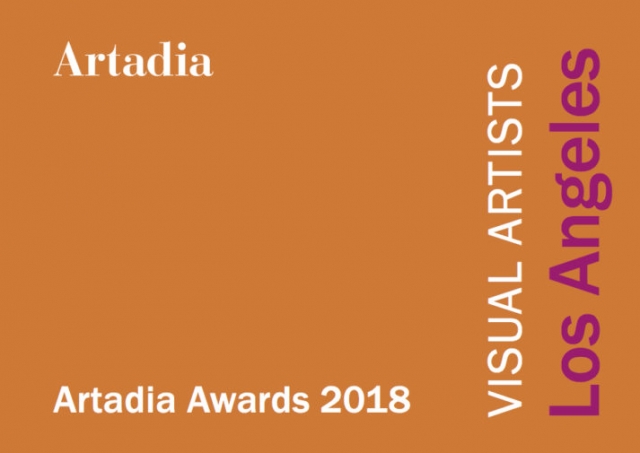 Hill and Tossin each will receive $10,000 in unrestricted funds as well as access to the ongoing benefits of the Artadia Awards program. Applications for the Awards were open to any visual artist living in Los Angeles County for over two years, working in any medium and at any stage of their career. This is Artadia’s fourth year providing unrestricted Awards to artists in Los Angeles.

“The quality of applications was remarkable, and it was difficult to select only five finalists from the hundreds of applicants we considered. To be able to learn about so many artists with whom I wasn’t previously familiar was a great privilege. I look forward to getting to know their work better.”

“It was a privilege to participate as a reviewer this year and see the quality and multifariousness of talent in Los Angeles applicants. Los Angeles is a city of art and artists, and the process of reviewing so many applications did not only confirm this but was also very invigorating as I was able to learn about the work of many artists that I was not aware of. I look forward to keep supporting and learning about their practice in the future.”

Artadia is a national non-profit organization that supports artists with unrestricted, merit-based Awards followed by a lifetime of program opportunities. Artadia is unique in that it allows any artist to apply, engages nationally recognized artists and curators to review work, and culminates in direct grants. Since 1999, Artadia has awarded over $3 million to more than 300 artists in Atlanta, Boston, Chicago, Houston, Los Angeles, New York, and San Francisco.

Born 1973 in Porto Alegre, Brazil and based in Los Angeles, CA, Tossin was influenced by her childhood in Brazil’s capital, Brasília, which was built as a modernist utopia. Tossin centers her practice on investigating the promises, legacies, and failures of modernity, globalism, and utopian idealism. Her work focuses on architectural projects in Brazil and Latin America, and the ways they compare to ones in Los Angeles, underscoring the complex relationship that these countries have with the United States.

CalArtian Andy Robert (Art MFA) was also a finalist for the award.