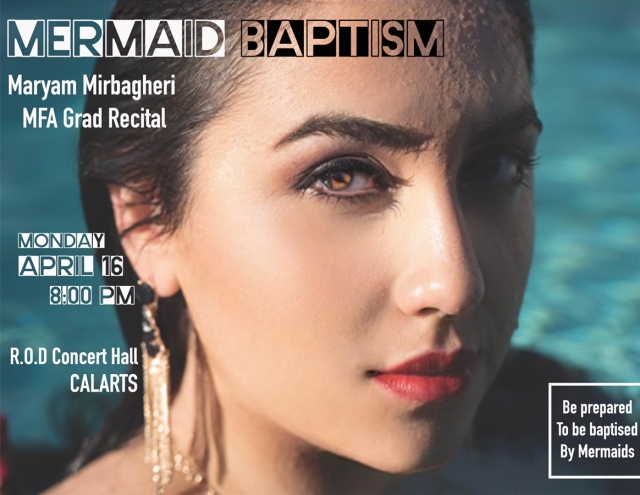 On April 16, at 8 pm, Maryama Mirbagheri (Music MFA 17) will feature a crazy night of mermaids that are aiming to take you on a journey through different phases of life here on campus. Accompanied by original songs, Mirbagheri will perform these tracks live and be joined by a group of her fellow mermaids along with projected visuals.

The performance will be followed by a mermaid baptism ceremony in which the audience will be “baptized” by the mermaids. The short, but rich concert is not to be missed. Be sure to get to the ROD Concert Hall to catch the show on time.

Mirbagheri’s band Maryama was recently nominated for a 2017 Hollywood Music in Media Award (HMMA). Sufi, a track off the band’s newest album, Where the Mermaids Are, was up for Best Song in the World Music category.

Listen to Sufi by Maryama below: