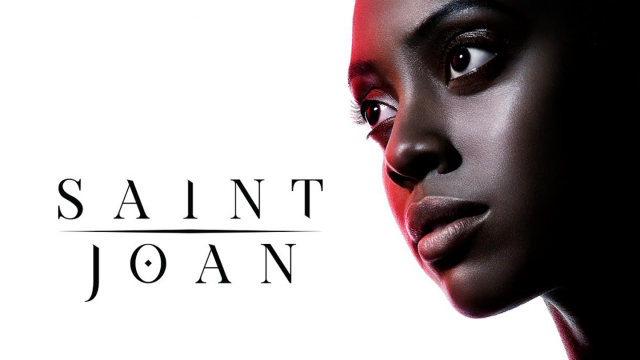 Actor and CalArts alumna Condola Rashad (Theater BFA 08) is back on Broadway for the production of Bernard Shaw’s epic work, Saint Joan. Three-time Tony Award winner Rashad (A Doll’s House, Part 2) stars as one of history’s greatest heroines in a play that was last seen on Broadway in 1993.

Directed by Daniel Sullivan and set in 15th-century France, Saint Joan follows a country girl whose mysterious visions propel her into elite circles. When the nation’s rulers become threatened by her popularity and influence, they unite to bring her down — and she finds herself on trial for her life. This timeless and powerful play explores the influence of an individual in a society dominated by overwhelming political and religious forces.

Playing a part that is as daunting as it is dazzling, Condola Rashad steps into the starring role in a blaze of glory and claims it as her own. Rashad’s depiction of the wide-eyed, visionary youth of fierce determination, unwavering faith and beguiling innocence — not to mention a beatific smile that radiates to the balcony — makes you a believer, too.