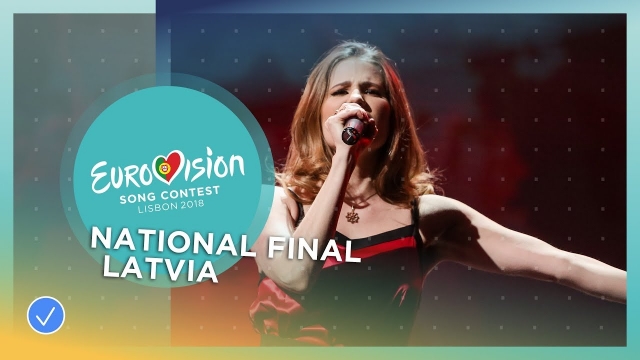 Laura Rizzotto (Music BFA 14), is set to represent Latvia at the oldest and most watched song competition in the world: Eurovision. The 63rd annual Eurovision Song Contest will take place in Lisbon, Portugal, following the country’s victory in the 2017 competition with the song “Amar Pelos Dois”, performed by Salvador Sobral. Rizzotto is participating in the semifinal round on May 10th in the globally broadcast event. If selected as a finalist, she’ll be performing again on May 12th.

Having both Brazilian and Latvian citizenship, Rizzotto decided to compete for a spot representing the national team of Latvia in Eurovision. She won this first part of the competition, with her song “Funny Girl,” which qualified her for the semi-final of Eurovision. Rizzotto released her debut studio album Made in Rio in 2011, which she followed up with Reason to Stay in 2014. In 2017, Rizzotto self-released RUBY, the first EP of an intended series titled Precious Stones. The second installment AMBER will be released in 2018 in tribute to her Latvian roots.

CalArts students and their friends living in one of 43 participating countries can vote for Rizzotto through cell phones on both dates of the competition. In addition, a jury composed of more than 100 experts from 43 countries will evaluate the candidates and help choose the winner of Eurovision. The three live shows are hosted by Filomena Cautela, Sílvia Alberto, Daniela Ruah and Catarina Furtado.

The Eurovision Song Contest, often simply called Eurovision, is the longest-running annual international TV song competition. It has been held, primarily, among the member countries of the European Broadcasting Union (EBU) since 1956. The competition was based upon the existing Sanremo Music Festival held in Italy since 1951.

Find out more about the event, visit www.eurovision.tv.