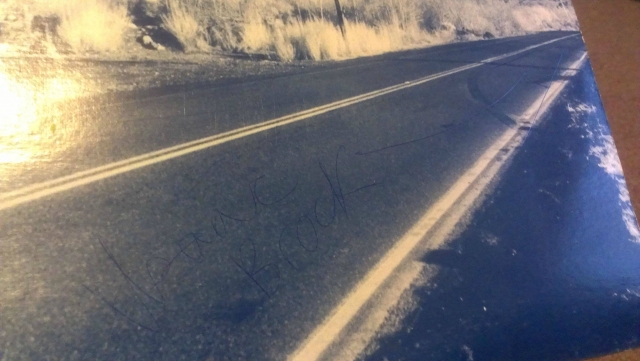 Colin Wambsgans: A Long Drive For Someone | Image by Modest Mouse

Colin Wambsgans (Music MFA 11) is bringing his musical interpretation of an influential album to the stage this weekend. Wambsgans’ A Long Drive For Someone will be performed at The Wulf at Coaxial Arts Foundation on Friday, June 1, featuring a sound and a video installation that centers on memory and gender and is structured as a response to Modest Mouse’s This Is a Long Drive for Someone With Nothing To Think About – a farewell to a unique place structured around one rock album and its listeners.

A Long Drive For Someone functions as a radio piece, audio collage, and mixtape, altogether. It will be released weekly, like a podcast, so that people can experience it serially. But to premiere it, I’m staging an evening-long listening session on Friday, June 1. The piece features multi-channel video and a bit of live performance. It is approximately 2 hours 10 minutes long and will be broken up into three 45 minute-long parts, with 15-minute intermissions.

Wambsgans makes sounds for concerts, installations, podcasts, films, plays, apps, and more. He explores the way in which people impact the “natural” world sonically, playing with intersections between different kinds of sounds — both to represent them as faithfully as possible and to create new environments out of already recognizable elements.

Colin Wambsgans: A Long Drive For Someone

This event is all ages