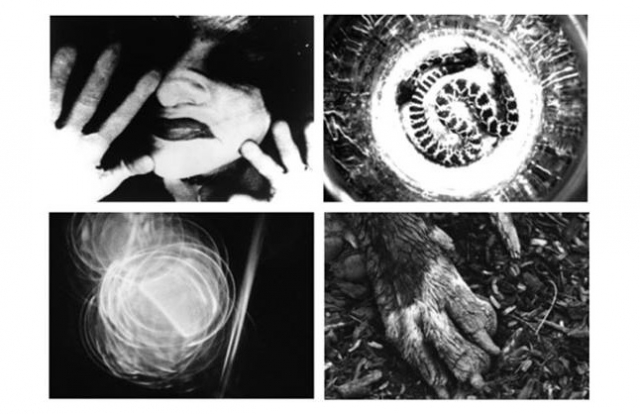 Flyer for The Films of Betzy Bromberg at Anthology Film Archives.

This week (June 7-12), New York City’s historic Anthology Film Archives is presenting The Films of Betzy Bromberg, a complete retrospective of the eminent 16mm filmmaker and Director of the Program in Film and Video at CalArts. Bromberg will be in attendance, as the program notes, “to present this survey of her multi-faceted and gloriously analogue body of work!” Not to be missed is the New York Premiere of Glide of Transparency (2016), her third and most recently completed feature-length film.

Glide of Transparency follows A Darkness Swallowed (2005) and Voluptuous Sleep (named one of 2011’s Best Films of the Year by The New York Times) to complete Bromberg’s abstract feature film trilogy–Each of which is remarkable for its emotional depth and unwavering attention to movement, color, light and sound.

I am interested in making films that explore intimate places of the interior. For me, the combination of visual and aural abstraction is sublime, a means of forging pathways without a path, journeys devoid of compass bearings and invoking unearthly transports. I am interested in making work that has no points of reference, where scale replaces structure and time is experienced rather than counted.

Glide of Transparency is a film in three movements, an exploration of color and light. Ultimately, it is a film about love and transcendence.

Bromberg’s oeuvre is also the subject of CalArts alumna Vera Brunner-Sung’s (Film/Video MFA 09) recently published Millenium Film Journal article “A Cinema of Touch: The Work of Betzy Bromberg.” Discussing in greater detail Bromberg’s movement into “the realm of abstraction,” Brunner-Sung writes, “Both Voluptuous Sleep (2011, 95 min) and Glide of Transparency (2016/17, 89 min) dispense with the descent/portal motif, immediately plunging the viewer into an experience of pure materiality.

Sound too immerses. In a sophisticated orchestration of what Michel Chion terms the ‘superfield,’ Bromberg and longtime collaborator Dane Davis shape field recordings, effects, and music into an evocative, textural score.”

Betzy Bromberg “Glide of Transparency” (2016) frame enlargement. From “A Cinema of Touch: The Work of Betzy Bromberg” by Vera Bruner-Sung included in Millennium Film Journal No. 67

Bromberg’s retrospective at Anthology Film Archives has been curated into seven programs. Below is the full screening schedule:

The Films of Betzy Bromberg Presented by Anthology Film Archives