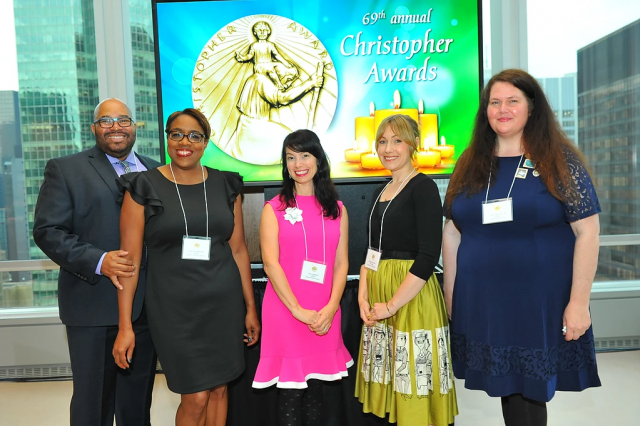 CalArts alumna and faculty member Brigette Barrager (BFA Film/Video 07) was awarded the Christopher Award for Distinguished Achievement for her illustration of Pocket Full of Colors. The book by Amy Guglielmo and Jacqueline Tourville introduces readers to trailblazing illustrator, designer, and animator Mary Blair, one of the first women hired by Walt Disney Studios. On May 17, 2018, it was honored as one of 12 books for adults and young people by 19 authors and illustrators along with the writers, producers, and directors of nine feature films and TV/Cable programs at the 69th annual Christopher Awards in New York.

Barrager is an artist, designer, writer, and the New York Times bestselling illustrator of Uni the Unicorn by Amy Krouse Rosenthal. Barrager earned a degree in Character Animation from CalArts in 2007, and she has taught in the Character Animation program since 2011. Barrager formerly worked as an animator before transitioning to book illustration.

The Christopher Awards were created in 1949 to celebrate authors, illustrators, writers, producers, and directors whose work “affirms the highest values of the human spirit.” The Christophers, a nonprofit organization, founded in 1945 by Maryknoll Father James Keller, is rooted in the Judeo-Christian tradition of service to God and humanity. The ancient Chinese proverb—”It’s better to light one candle than to curse the darkness”— guides the spirit of its publishing, radio, and awards programs. More information about The Christophers is available at www.christophers.org.