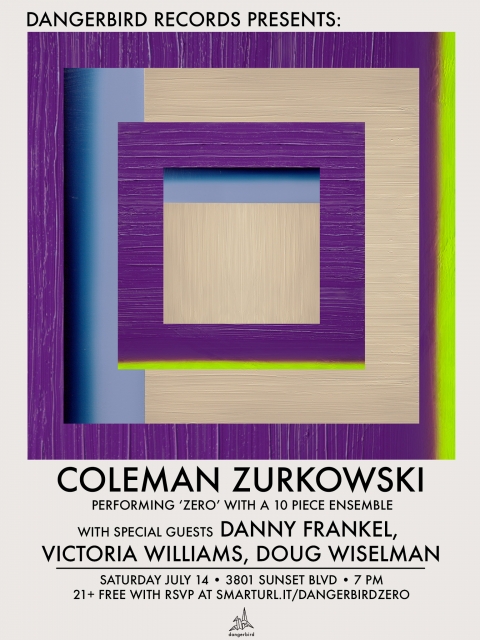 Zurkowski on his new album:

This album is an exploration of the physical and emotional effects of binaural/isochronic rhythms which are gradually slowing into silence. Its 10 tracks flow seamlessly into one another, usually focusing on one specific instrument per track.

The album was originally composed for the independent, experimental film Zero which later toured across the US and Europe and featured in Art Basel Miami, Fracto Film Berlin and the Chicago Underground Film Festival. The musical score delves deep, juxtaposing electronic textures with organic instruments such as harp, clarinet, piano and vocals to construct its slow-motion sonic landscapes.

Born in Baltimore and currently based in New York City, Zurkowski’s musical roots stem from a variety of noise, black metal and punk music genres. His musical styles manifest themselves in refined melodic tones with complex melodies that resemble the works of pioneering experimental composers such as La Monte Young or Steve Reich.

Zurkowski will be performing in Los Angeles on July 14 with an outdoor film screening and live accompaniment from a 10-piece ensemble. Free with RSVP.