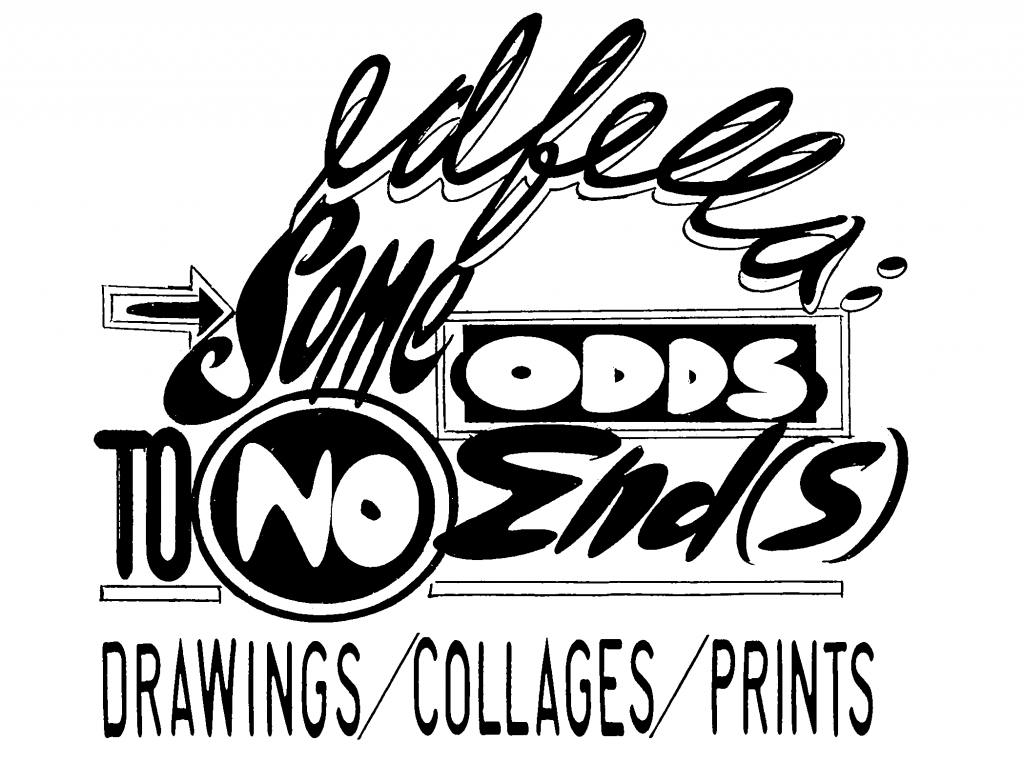 A new exhibition of works by Ed Fella opens in Portland, Ore., this week. | Image: Courtesy of FISK Gallery

Some Odds to No End(s), an exhibition of works by Ed Fella, renowned graphic design artist and CalArts art faculty emeritus, opens at FISK Gallery in Portland, Ore., on Friday (July 13).

The show features drawings, collages, prints and a dozen new large-scale pieces by the artist.

Fella’s story is well-known but still remarkable. After 30 years working as a successful commercial artist, he returned to school in his mid-40’s and earned his MFA from Cranbrook Academy of Art in Michigan in 1985. Often referring to himself as an “exit-level designer,” Fella’s influence on postmodern graphic design and on his students at CalArts—where he taught from 1987 until his retirement in 2013—is palpable.

When Fella was named the 2007 AIGA Medalist, Vincent Carducci wrote about the awardee:

Over the years, Fella has created a body of work that’s as compelling as it is unique. Prodigiously mashing up low-culture sources with high-culture erudition, Fella’s work—perhaps more than that of any other contemporary designer—makes visible the postmodern concept of deconstruction, which recognizes that behind every articulated meaning is a host of other, usually repressed meanings, some antithetical. By battering and mixing fonts, engaging in visual puns and generally violating the tenets of “good design,” Fella lets a thousand flowers bloom. His designs don’t cut through the clutter—they revel in it.

FISK, a gallery, design studio and publishing house, was co-founded by CalArts alum Bijan Berahimi, who studied under Fella as an undergraduate. It was during his time at CalArts that Berahimi launched the first iteration of FISK, a project that published six zines with works by students and faculty from all over the world. Berahimi has his own flourishing practice, working with clients such as Nike, Uniqlo, Airbnb, Rihanna, Tom Petty, Jordan Brand, Portland Trailblazers, GOOD Magazine, University of Oregon and CalArts. Previously, he was the first designer-in-residence at Facebook HQ in 2016.

Ed Fella: Some Odds to No End(s)