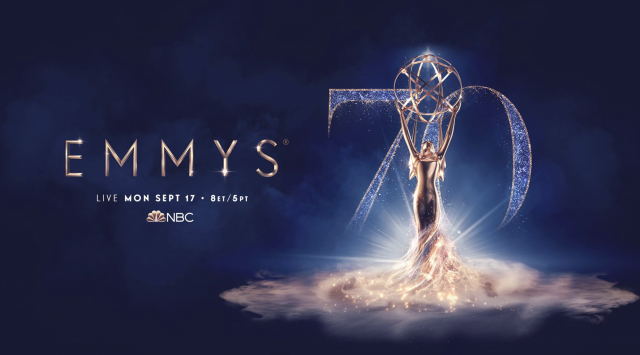 Nominees for the 70th Emmy Awards were announced on Thursday, July 12, at the Television Academy in North Hollywood, Calif. CalArts alumni are represented in a number of categories this year including Acting, Cinematography, Lighting Design and Art Direction.

Award-winning actor Ed Harris (Theater BFA 75) stars as the Man in Black in HBO’s hit series Westworld, which just finished its second season. His performance has earned him a nomination for Outstanding Lead Actor in a Drama Series. Westworld is one of the leading shows this year with an impressive 21 total Emmy nominations.

Director of Photography M. David Mullen (Film/Video MFA 91) is nominated for his work on the pilot episode of The Marvelous Mrs. Maisel in the category Outstanding Cinematography for a Single-Camera Series (One Hour). Mullen was also the DP for episode 7 (“Les Écorché”), of Westworld Season 2, which was nominated for Outstanding Drama Series.

Lighting directors Daniel Boland (Theater BFA 95) and Johnny Bradley (Theater BFA 07) are also nominees in the category Outstanding Lighting Design/Lighting Direction for a Variety Series for their work on the Live Finale, Part I episode of The Voice.

Foley Artist Gregg Barbanell is up for an award for the episode “The Union of The Wizard & The Warrior” on Vice Principals in the category Outstanding Sound Editing for a Comedy Or Drama Series (Half-Hour).

CalArtian Gloria Lamb (Theatre BFA 05) is nominated for her art direction of the 60th Annual Grammy Awards in the category Outstanding Production Design for a Variety Special.

*If we missed a nominated alumnus on the aforementioned list, please drop us a note at communications@calarts.edu.