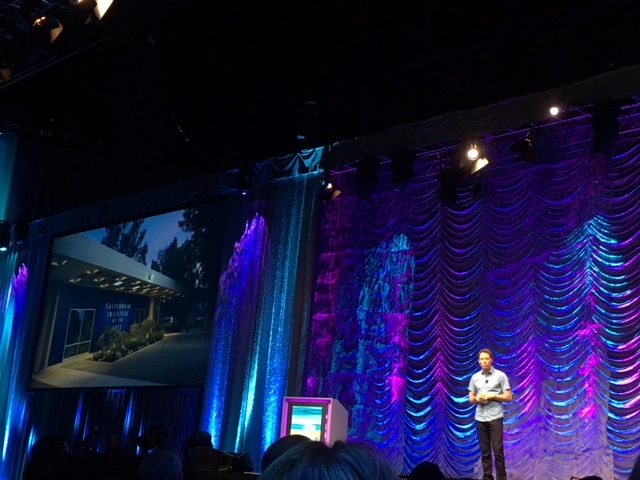 The association (and its annual conference) brings together chief business and financial officers in higher education, representing more than 1,900 colleges and universities throughout the U.S. Luhn, now a writer, teacher, story consultant and professional speaker, discussed the art of storytelling and its practical application in higher education. He also spoke fondly about his time at CalArts.

Luhn talked about making a short, four-minute film during his first year at CalArts, which was seen by the animation company with a then-fledgling show called The Simpsons. Luhn was asked to join the show’s animation department for its third season, so he dropped out of school, becoming a Simpsons animator at age 19.

After a year, Luhn returned to CalArts and made another student film. Shortly thereafter, he dropped out of CalArts—again—to join Pixar, becoming  one of the first 12 animators on the studio’s feature, Toy Story.

CalArts Vice President and Chief Financial Officer Maeesha Merchant, who served on the conference’s Advisory Group, said that Luhn’s talk was well-received by the audience, who shared their sentiments on the internet. Read and view some of the Twitter Moments, below.