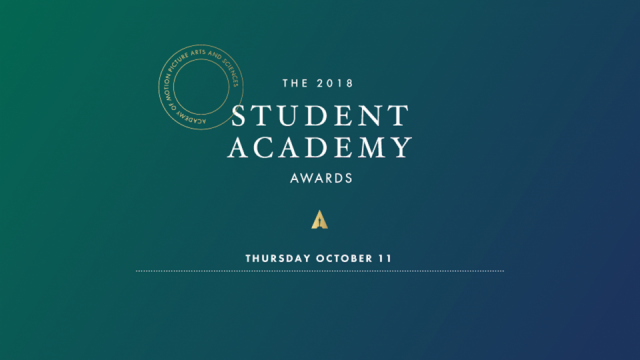 Earlier this week, the Academy of Motion Picture Arts and Sciences announced the finalists for the 2018 Student Academy Awards (SAA).

Avagimian’s third-year short film, “Little Bandits,” screened at this year’s 2018 Character Animation Producers’ Show, and won the Vimeo Award for Outstanding Student Achievement in Animated Filmmaking (juried by Vimeo) at the show. The film — about a kid convinced that shooting a bird will turn him into a “man” — is loosely based on a personal story.

Kim’s third-year film, “Raccoon and the Light,” follows the adventures of a raccoon who finds a flashlight in the woods. The film has already screened at festivals and has earned Kim a Semi Finalist honor in KCETLink’s Fine Cut Festival of Films (2018) and an Honorable Mention at the Ortometraggi Film Festival (2018).

The Academy established the Student Academy Awards in 1972 to “support and encourage excellence in filmmaking at the collegiate level.” CalArts alum Seth Boyden (Film/Video BFA 15) earned an SAA Silver Medal in 2015 for “An Object at Rest.” Other past SAA winners have collectively received 46 Oscar nominations and have won or shared eight awards, including CalArts alums Pete Docter (Film/Video BFA 90) and John Lasseter (Film/Video BFA 79) as well as Robert Zemeckis, Trey Parker and Spike Lee.