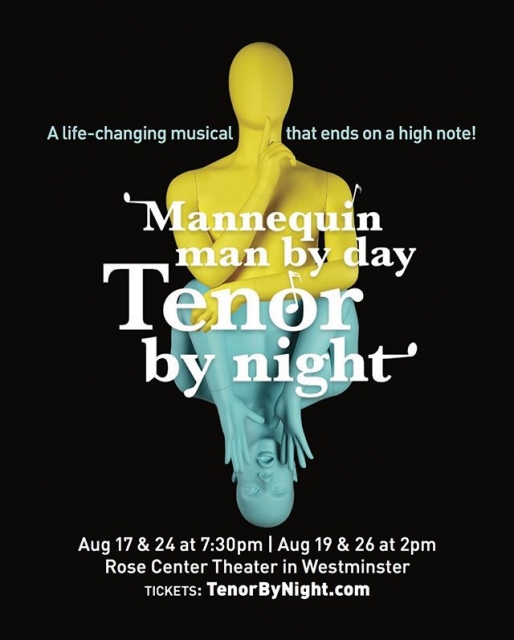 ‘Tenor by Night’ by James Chiao debuts this weekend.

James Chiao (Music MFA 17) began composing an original musical while studying at The Herb Alpert School of Music at CalArts. The autobiographical work, Tenor by Night, tells Chiao’s personal story about following his dreams as a first-generation immigrant in America.

Featuring 14 musicians and a cast of 20 singers and dancers, the musical fantasy has its first four performances Friday through Sunday (Aug. 17-26) at the Rose Center Theater in Westminster, Calif. On Sept. 22 and 23, Chiao brings his show to El Portal Theatre in North Hollywood.

Born in China in 1949, Chiao grew up amidst the turbulence of the Cultural Revolution during which intellectuals and artists were persecuted and sent to live and work in the countryside. Chiao’s family had a musical background and were sent away to an island in the Pearl River for six years to live as farmers and fishermen.

In 1980, after China re-opened its doors to the West, Chiao immigrated to Los Angeles where he eventually started a family and built a successful business selling mannequins. It wasn’t until 1998, that he discovered his passion for singing. Chiao’s father (Fei Chiao), a Cantonese composer, encouraged him to pursue musical training, and in 2001, he and his father and brother formed The 3 Chiao Tenors. Together they toured across the U.S. and China performing songs in Italian, English and Chinese. Chiao’s unconventional path led to CalArts in 2017, where at the age of 68, he completed his MFA.

In an interview with Broadway World Los Angeles, Chiao discusses what he’d like audiences to remember about the show:

I would hope they remember the song ‘Keep Your Day Job.’ It tells people to pursue their dreams while keeping their day jobs. It is a real story of when I was vacationing with the family and I stood on top of a high rock and sang “O sole mio.” I felt a great ending on my high note, but then I heard a tourist, yelling at me to keep my day job. While I was discouraged by that comment, I thought to give myself the nickname ‘Tenor By Night.’ Yes, I did keep my day job, but I am proudly a Tenor By Night.

Learn more about Tenor by Night.

*Save 50 percent by using the promo code “CALARTS”