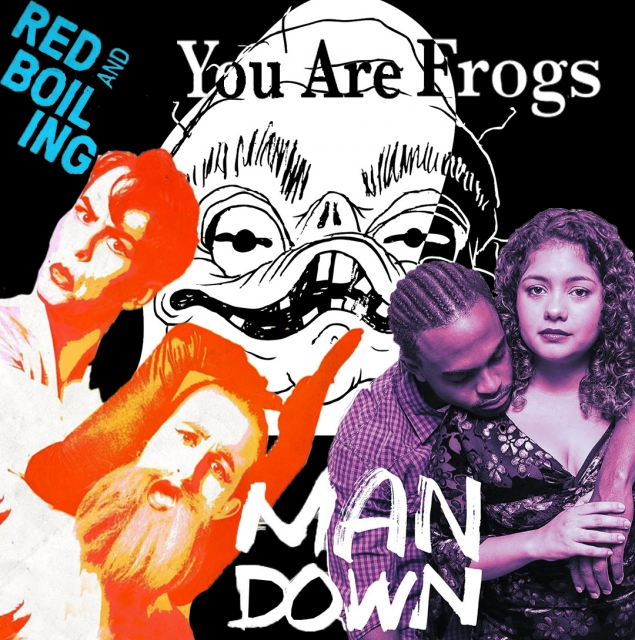 CalArtians have descended upon the capital city of Scotland for the 71st edition of the renowned Edinburgh Festival Fringe, the largest international arts festival boasting more than 53,000 performances of 3,000 shows in 300 venues across the city. The festival, which began at the beginning of the month, runs through Monday, Aug. 27.

Now in its 15th year, the CalArts School of Theater summer program once again partners with the Royal Welsh College of Music and Drama to stage productions by student artists from both schools. The shows are held at Venue 13, noted as “the best little venue at the Fringe.”

The 2018 lineup of CalArts productions features:

Red and Boiling is a striking shadow puppetry show with comedic flare and dramatic lip-sync. The infamous drag duo Rosay Ratcheté and Hasadick explore the lives of queer womyn and non-binary individuals from different countries, religions, ethnicities and ages.

Ratcheté, an outrageous jaw dropping drag queen acclaimed for her comedic yet fierce on stage presence involving stunts with “salami,” is played by Joshua Rivas (Theater BFA 18), and Hasadick, the incredible drag king known for always taking his shirt off and over the top selection of beards, is played by Noga Yechieli Wind (Theater BFA 18). Rivas and Wind created the show together.

Man Down the Play takes place in 2015 in a divided America. Peaceful protests against the violent arrest and death of unarmed black man Freddie Gray turned violent, propelling the #BlackLivesMatterMovement even further. The play examines the Baltimore riots through the story of two interracial lovers caught in the crossfire of police brutality.

You Are Frogs is an existential dark comedy inspired by the maddening lover found in Mud by Maria Irene Fornes. Two frogs, Mabel (Nic Prior [Theater BFA 20]) and Garry (Xcaret Estrada-Soto [Theater BFA 21]), are stuck living in their monotonous lives until Bill (David Blindauer [Theater BFA 21]), the charming, handsome and lively metal puppet falls in love with Mabel. Soon the trio are embroiled in their existential crises, looking for something different. The two frogs and the metal puppet embark on a journey to escape the restless human condition.