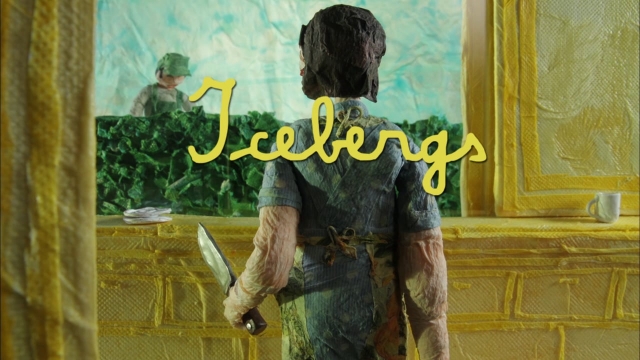 Animator and CalArts alum Eirini Vianelli’s (Film/Video MFA 17) stop-motion graduate thesis film, Icebergs, won the Special Jury Mention for a Short Film at the 24th festival edition of the Sarajevo Film Festival in Bosnia and Herzegovina. The festival, which took place Aug.10-18, is the largest and most prestigious film festival in southeastern Europe. As part of the award, Vianelli receives a $2,000 cash prize.

Icebergs is an existential dark comedy composed of 14 short vignettes ranging from the mundane to the absurd. It’s based on the book Scenes by Efthymis Filippou, the Academy Award-nominated screenwriter of The Lobster.

Not a stranger to the festival circuit, Icebergs has also played at Glas Animation Festival, Oberhausen and Slamdance Film Festivals. In a recap of Slamdance, Cartoon Brew called Icebergs “the most memorable and thematically daring short” of the festival. It also won a Golden Gate Award for Best Animated Short at the 2018 San Francisco International Film Festival.