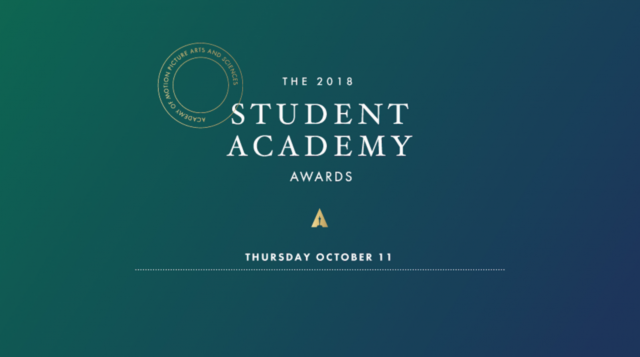 On Oct. 11, the medals placement (Gold, Silver, Bronze) for each category will be revealed during the official ceremony in Beverly Hills. Student Academy Award-winning films are eligible to compete for the 2018 Oscars in the Animated Short Film, Live Action Short Film or Documentary Short Subject category.

Kim’s film, “The Raccoon and the Light,” follows the nocturnal adventures of a raccoon who discovers a flashlight in the woods. The short has already screened at several festivals, including Routes to Roots Film Festival 2018, Paris International Animation Film Festival, and has earned Kim first place at the Josiah Media Festival and a Semi Finalist honor in KCET’s Fine Cut Festival of Films (2018).

The Student Academy Awards ceremony is free and open to the public, but advance tickets are required. Any remaining tickets will be available at the door on the evening of the event.

Take a look at Kim’s “The Raccoon and the Light” below:

Raccoon and the Light from Hanna Kim on Vimeo.