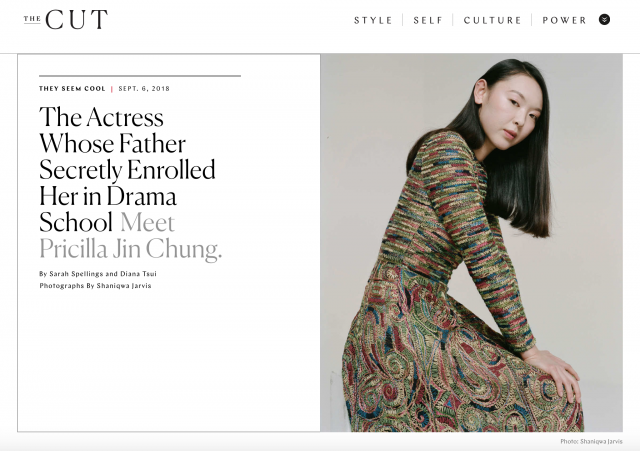 CalArts Acting student Pricilla Jin Chung featured in They Seem Cool from The Cut. | Screenshot from The Cut.

Instagram users share more than 95 million photos and videos per day. It’s hard to break through the chatter, clutter and distractions, but CalArts acting student Pricilla Chung (Theater MFA 20) did. Her Instagram account caught the eye of New York Magazine’s fashion blog The Cut which runs “They Seem Cool,” a weekly column profiling up-and-coming artists, models, designers and other purveyors of cool.

Chung was invited to New York City for two days where she did a photo shoot and got the chance to tell The Cut a little bit about her story, revealing that she only became serious about acting after her father secretly applied for her to go to drama school in Seoul, Korea. She was originally enrolled as a business major.

Check out the interview on The Cut’s website, and remember that you never know where your social media postings may lead.