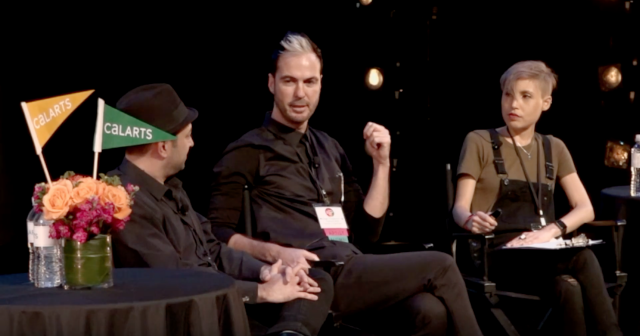 In anticipation of CalArts Weekend 2018, which is just around the corner (Oct. 12-13), we’re taking a look back at a few of last year’s highlights. The two-day on campus event features a number of concerts, social activities and enriching forums for both families and returning CalArtians.

Although Fitzpatrick and King met at CalArts, they wouldn’t become Fitz and the Tantrums until 2008. Their third self-titled album was released in 2016.

Watch an excerpt from their forum at CalArts Weekend 2017 above. To watch the full-length forum, go to CalArts YouTube channel.

For more information and tickets for this year’s CalArts Weekend check out the event site. Early bird registration ends on Oct. 1.