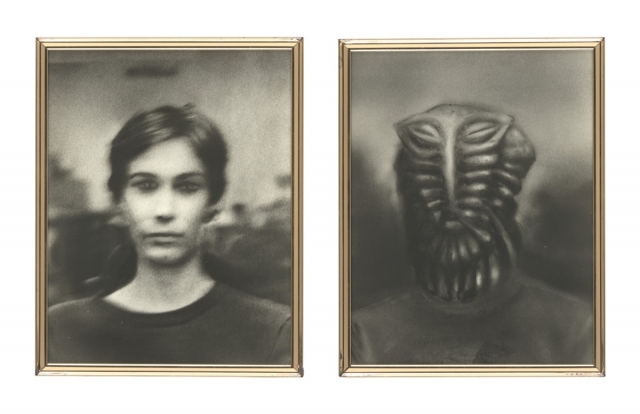 CalArtians are well represented in Everything Is Connected: Art and Conspiracy, a new exhibition at The Met Breuer in New York City. Curated by Ian Alteveer and Douglas Eklund, the show was inspired by a 1991 interview between CalArts alumni and classmates Mike Kelley (Art MFA 78) and John Miller (Art MFA 79) in which the artists criticize the lack of serious scholarship on conspiracy theories.

Everything is Connected is separated in two parts: the first half of the show focuses on artwork that references conspiracies revealed in the public record and the second half explores the more fantastic and outlandish responses “to the ways in which facts maybe don’t line up.”

Featuring 70 works made between 1969-2016 by 30 artists – including CalArtians Kelley, Miller, Tony Oursler (Art BFA 79), Jim Shaw (Art MFA 78) and Sue Williams (Art BFA 76) – it is the first major exhibition to explore the ways artists have addressed conspiracy theories, hidden operations of power, and the mutual suspicion between Western government and its citizens in their work.

From an article in The Art Newspaper

As Alteveer, the exhibition’s co-curator, remarked at the exhibition’s packed opening that conspiracy theories have been a substream of American political life since the assassination of John F. Kennedy in 1963. What Everything’s Connected makes clear is how much contemporary artists have contributed to them.

From Nixon to 9/11, the Black Panthers to Henry Kissinger, NYC slumlords to the AIDS Crisis, the exhibition explores a variety of subjects. According to Artsy, at a recent MetTalks conversation to celebrate the show’s opening, five artists in the exhibition were asked to share the conspiracy theories that fascinate them the most. Video installation artist Oursler expressed his own obsession with the relationship between former New York City mayor Rudy Giuliani’s crackdown on drugs and subsequent work with the pharmaceutical company behind OxyContin.

Everything Is Connected: Art and Conspiracy