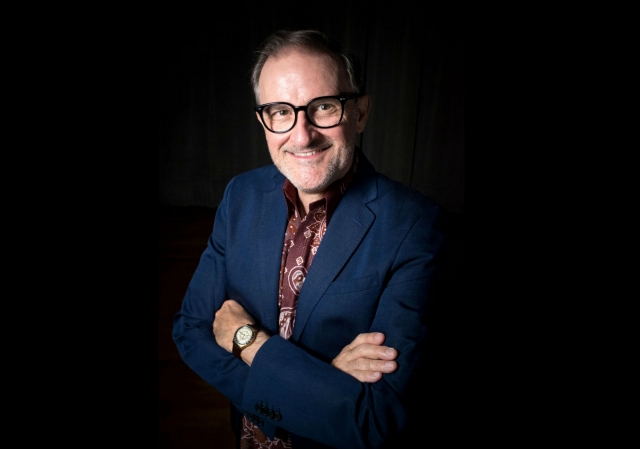 David Rosenboom to step down as Dean of The Herb Alpert School of Music in 2020. | Image: CalArts

Earlier today, CalArts Provost Tracie Costantino sent out an announcement to CalArts students, faculty and staff notifying them of David Rosenboom’s retirement as Dean of The Herb Alpert School of Music, effective June 30, 2020.

To ensure a smooth transition, Constantino is assembling a search committee and compiling a prospectus for the position immediately so that the new dean can work alongside Rosenboom during the 2019-20 academic year—which marks Rosenboom’s 30th as head of the music school. He’ll join the regular School of Music faculty on July 1, 2020.

Although my time working with David as Dean of The Herb Alpert School of Music has been brief, it has been an honor and pleasure to learn from his deep knowledge of the history of CalArts, and to witness the care and concern he shows for students, and his commitment to supporting his faculty as educators and artists. In a meeting with all Music faculty today, we shared thoughts on David’s tenure as Dean, and colleagues remarked upon his fair-mindedness, his collaborative style that brings the whole School together in cooperation, and his general benevolence and concern for the well-being of students, staff, and faculty in the School of Music, and at CalArts.

Currently the Richard Seaver Distinguished Chair in Music at CalArts, Rosenboom is an internationally known pioneer of experimental music. Highlights have included a 50-year retrospective of his work in David Rosenboom: Propositional Music, presented in a series of performances at the new Whitney Museum of American Art in New York in 2015. Artifacts from his work from the 1970s in brainwave music, also called biomusic, were featured in the exhibition Cosa Mentale at the Centre Pompidou-Metz in France in 2015-2016. London’s Whitechapel Gallery showcased his work in computer music, in HMSL (HIERARCHICAL MUSIC SPECIFICATION LANGUAGE) in 2015.

Earlier this year, Rosenboom and CalArts Theater faculty Lewis Klahr teamed for “Battle Hymn for Insurgent Arts,” a concert that took place at REDCAT in April. Rosenboom composed the music, with films by Klahr and performances with a Virtuoso Ensemble of Collaborators. Throughout the week, we’ll share images and photos of Rosenboom’s tenure at CalArts—and beyond—to celebrate his work and contributions to CalArts.