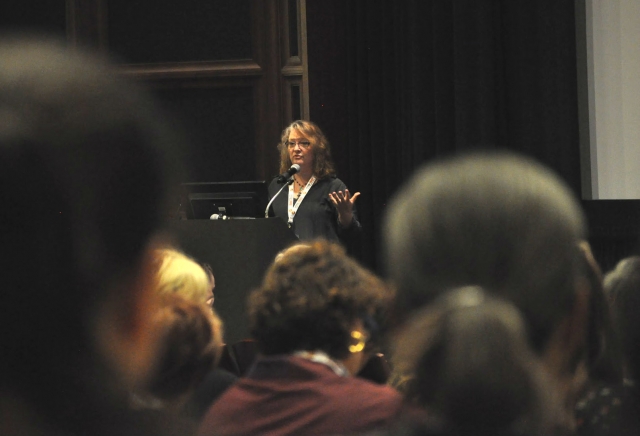 This past weekend (Oct. 12-14), CalArts alum Brenda Chapman (Film/Video BFA 87) served as keynote speaker for the symposium, Breaking the Glass Frame: Women and Animation, Past, Present, Future. The event was held at USC’s School of Animation and was co-sponsored by Women in Animation, USC, UCLA and CalArts.

The symposium was designed to “explore and celebrate women’s historical and contemporary contributions to commercial and independent animation and academia, as well as to examine and discuss the ways in which discrimination and bias continue to confront women working within the animation industry and academia today,” according to the program website.

Chapman presented to a sold-out theater of animation students, educators, and independent and studio artists, taking the audience through a timeline of work from her formative years at CalArts to her prolific career as an animator and director for Disney, Dreamworks and Pixar.

She spoke about the challenges she faced early on as a female animator. For example, at the beginning of her career, she discovered that she had been hired mainly to fill a quota. However, she said that despite institutional challenges and misogyny she faced, Chapman still credits much of what she’s learned to multiple male animation mentors. And after toiling in clean-up jobs for several years, she was promoted to lead story artist, instilling visual empathy into key emotional scenes for features like Rescuers Down Under and Lion King. In light of the #MeToo movement, Chapman encouraged women to find their voices and to keep moving forward towards their dreams, even when it feels impossible. 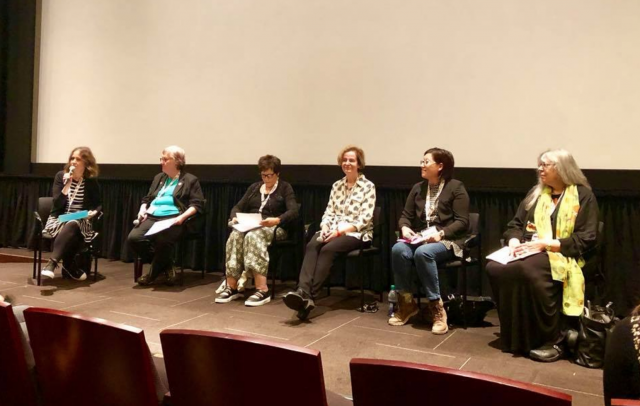 Maija Burnett, at left, moderates a panel at Breaking the Glass Frame, a symposium on women in animation. | Photo from Facebook.

The panel Advocating for Diversity + Inclusion in Animation: Race, Gender Identity, Sexual Orientation, Disability + Age offered the perspectives of womxn who also embody other marginalized identities and discussed the bias and discrimination still present in the animation industry, as well as offering strategies for change. Erika Dapkewicz, lead film editor on Sony Pictures’ Vivo, spoke about how as a trans woman she’s dealt with gender bias from both men and women pre-and post-transition.

One of the main themes found throughout the panels was on the economic benefit that comes with promoting diversity in the film/animation industry. The runaway success of films like Black Panther and Crazy Rich Asians proves movie-goers want to see better onscreen representation, but the panelists also stressed the importance of creating diversity in less visible roles in film and animation to ensure the industry truly becomes inclusive.