Netflix is making moves to become a major producer of original animated programming. Earlier today (Nov. 6), the company released a video introducing several of the industry’s top animators who are creating a new wave of animated works for the online streaming platform.

The video release coincided with the studio’s announcement of six animated films and TV shows that have been greenlit for production. Three of the animated series announced today are being created by CalArtians: Kid Cosmic (2020) by McCracken; Maya and the Three (2021), a limited series by Gutierrez; and Trash Truck (2020), executive produced by Keane.

Part of Netflix’s identity as a contemporary studio powerhouse is shaped by its dedication to fostering a supportive environment for artists. In Variety, McCraken spoke about his experience working at Netflix saying, “I feel like I did when I was a student at CalArts, only I’m making my student film with a really big budget.” 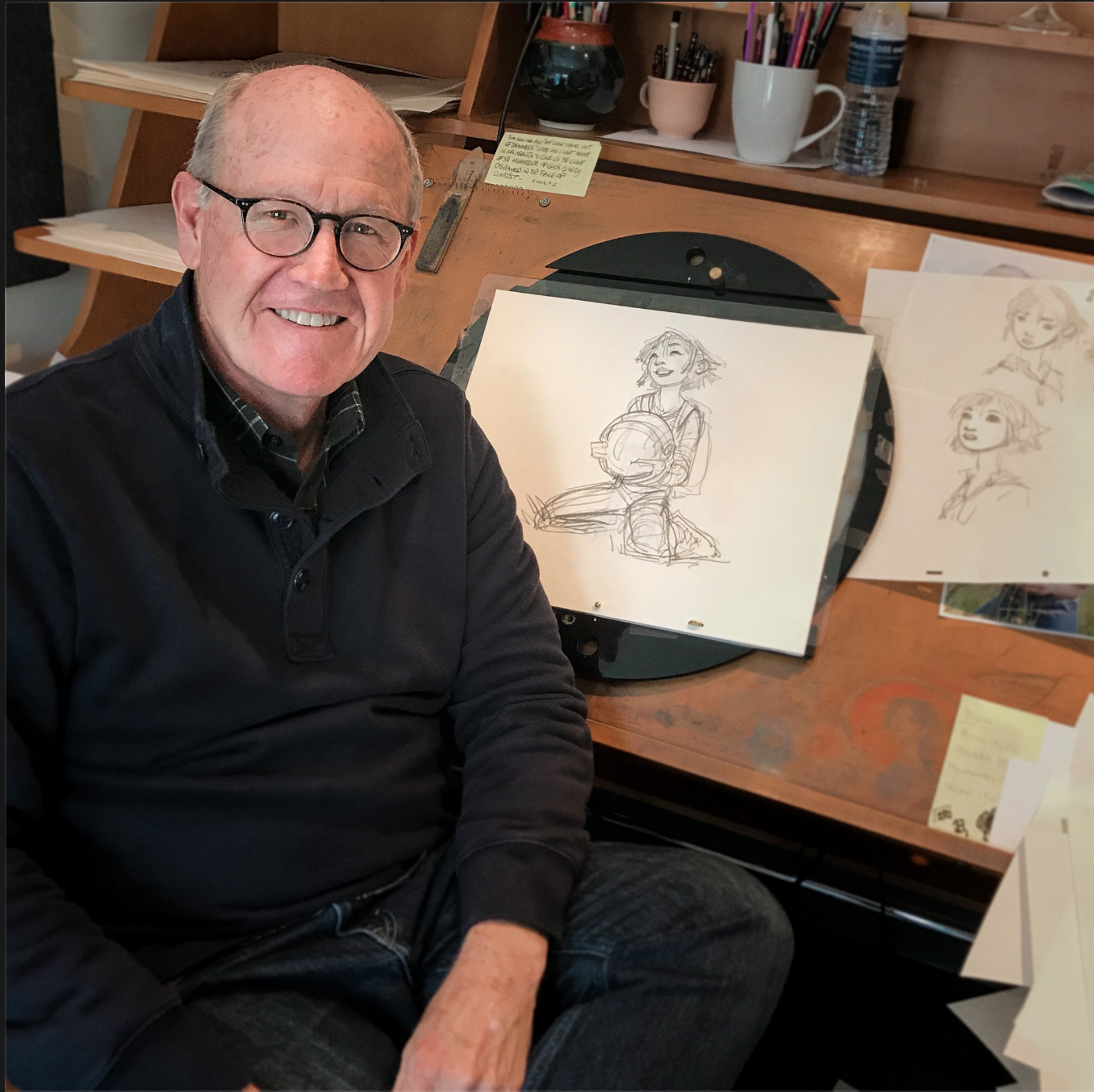 Glen Keane is directing a new feature film for Netflix, ‘Over the Moon,’ set to be released in 2020. | Image from Facebook.

McCracken’s series Kid Cosmic is centered on a young boy who stumbles upon superhero powers and must face the difficult and often hilarious struggle of learning how to wield them.

Maya and the Three, Gutierrez’s nine-episode limited series, is about a warrior princess living in a mythical Mesoamerican-inspired world, who sets out on an adventure to recruit three legendary fighters to help save the world.

Trash Truck is about a boy and his imaginary best friend, a trash truck, who take on the world in both small and large ways. Keane is also directing Over the Moon (2020), an animated musical feature film made in collaboration with the Chinese animation company Pearl Studio. The film is based on a Chinese myth about a girl who builds a rocket ship to get to the moon in hopes of meeting the Moon Goddess.

Both Hirsch and Takeuchi have signed multi-year overall deals to create animated content exclusively for Netflix.

Check out the video above for a closer look at the future of animation at Netflix.