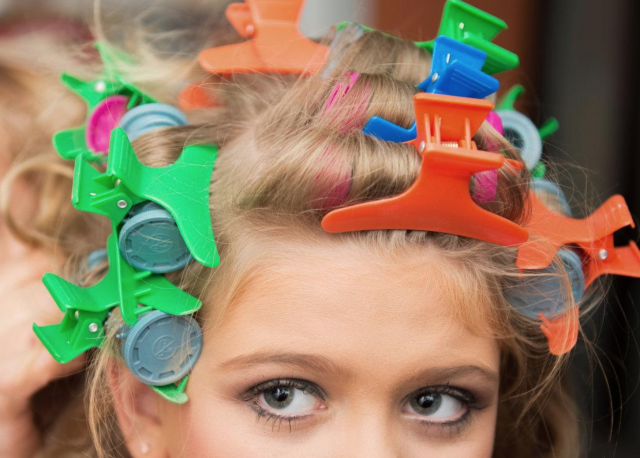 9-year-old Mehayle on the morning of the pageant. | Photo courtesy of the artist.

Editor’s note: I asked Israeli artist Naama Attias, currently a first-year MFA student in Photo and Media at CalArts, to introduce us to her work, specifically her project, ‘Ain’t Nothing Wrong With Being Beautiful,’ that documents child beauty pageants in Texas. This is her story. -cz

Saturday morning at the Holiday Inn Express on the outskirts of Austin, Texas. It’s nearly 8 am, at the end of November 2016, and the dining room is filled with businessmen and families. In the midst of it all, there is a single table of five young girls with full makeup and rollers in their hair. The girls have two hours of prep already behind them for the day ahead.

As soon as they finish their greasy breakfasts, the girls proceed to the hairdresser’s room for final adjustments. The girls are pageant contestants. For some of them, it’s their first pageant; for others, it is just their monthly routine. One of the veterans is 9-year-old Mehayle who’s been doing this since she was 4 years old. None of the hotel guests look surprised or curious to see this unusual site. Maybe because it’s not that unusual in Texas. 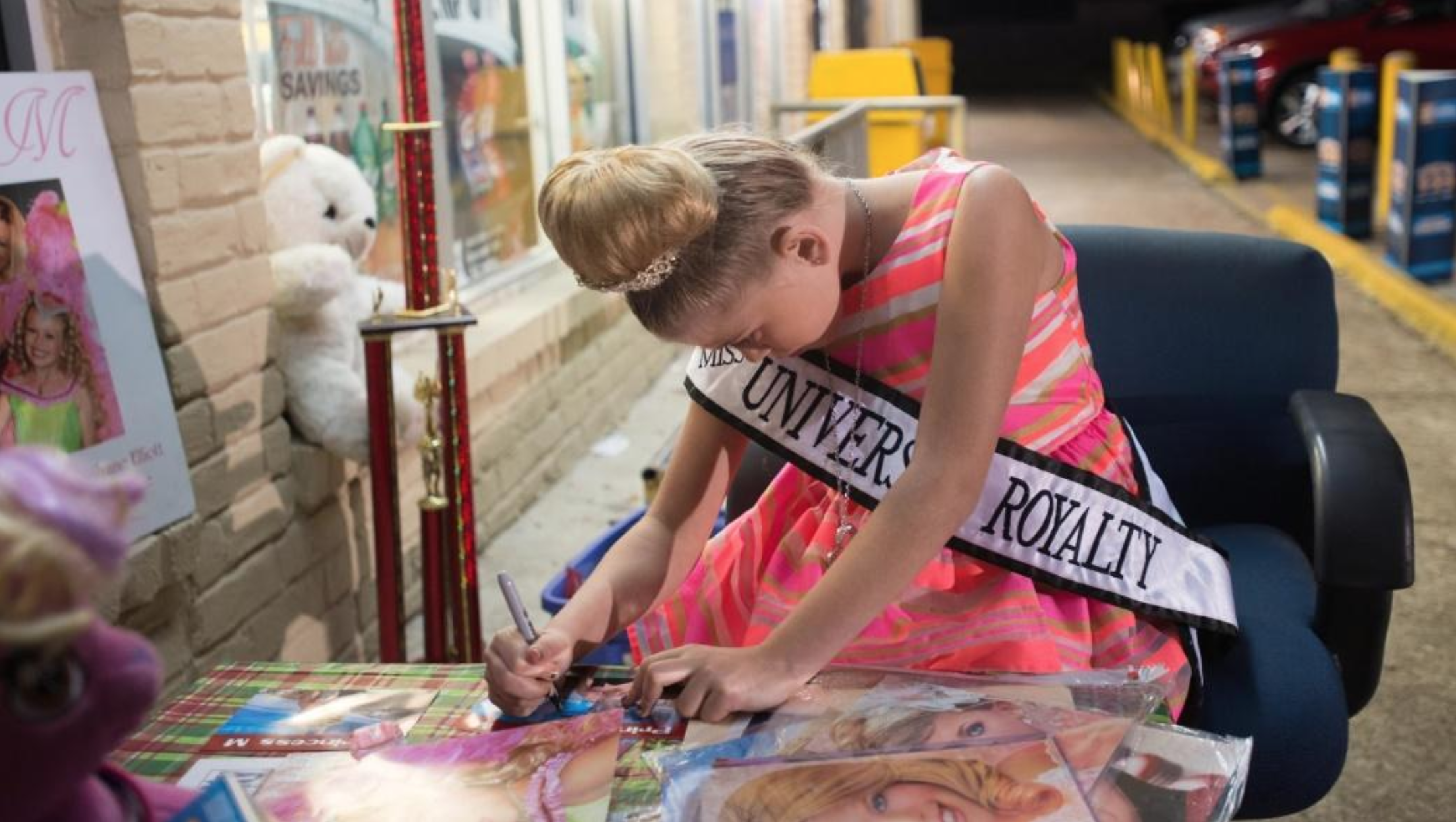 Mehayle Signing on her Pictures at the Gas Station. | Photo courtesy of the artist.

My journey to Texas to film child beauty pageants started months before I arrived in Houston two years ago. An Israeli newspaper held a photography competition named The American Way which focused on depictions of American culture. As my own art projects deal with beauty and body image, I wanted to examine these themes from an American perspective. My idea was to observe this extreme American subculture of child beauty pageants as it was depicted in reality TV shows such as Toddlers & Tiaras and Honey Boo Boo, both of which are extremely popular around the world. Although my proposal was not selected for the photography competition, I couldn’t let this idea go.

However, finding a family in the beauty pageant world willing to participate in my project was a much taller hurdle than I anticipated. I hired a researcher to help with the process. We spoke with hundreds of families: Some asked us to never contact them again; some ignored or blocked us and some showed interest, but then disappeared. Entering the pageant world seemed impossible.

I was close to giving up the photo project entirely when I crossed paths with Shari Elliott from Texas. She was open to talking and much less suspicious about what I wanted to document. She sent me lots of pictures, asked me about the project and was willing to let me in into their world. After finalizing the details, she even asked my permission to announce on her daughter Mehayle’s Facebook fan page that I was coming especially from Israel to film and photograph her.

My first personal meeting with the Elliotts took place in front of a gas station convenience store in suburban Houston. Mehayle, her mom and her older sister collected money and food donations for an orphanage in Austin in order to promote the pageants and Mehayle. Far from the glamorous images seen on TV, I watched as Mehayle signed her pictures to give to passersby.

Two days later, I drove four hours from their house in Houston to a pageant in Austin. While I waited in the hotel conference room for the Elliotts to arrive, it started filling with glitter, teddy bears and tiaras. Little girls and their moms entered the room to sign up for the next morning’s pageant.

The following morning—at the crack of dawn—”operation beauty queen” begins. Mehayle and Shari are awake at 6 am, and by 6:45 am, Shari’s already curling Mehayle’s hair, while her daughter stares at the TV, still half-asleep. When ready, Mehayle and seven other beauty pageant contestants go to the hairdresser’s room for a 30-minute treatment, which includes full makeup, hair extensions and styling. She charges $200 per client. 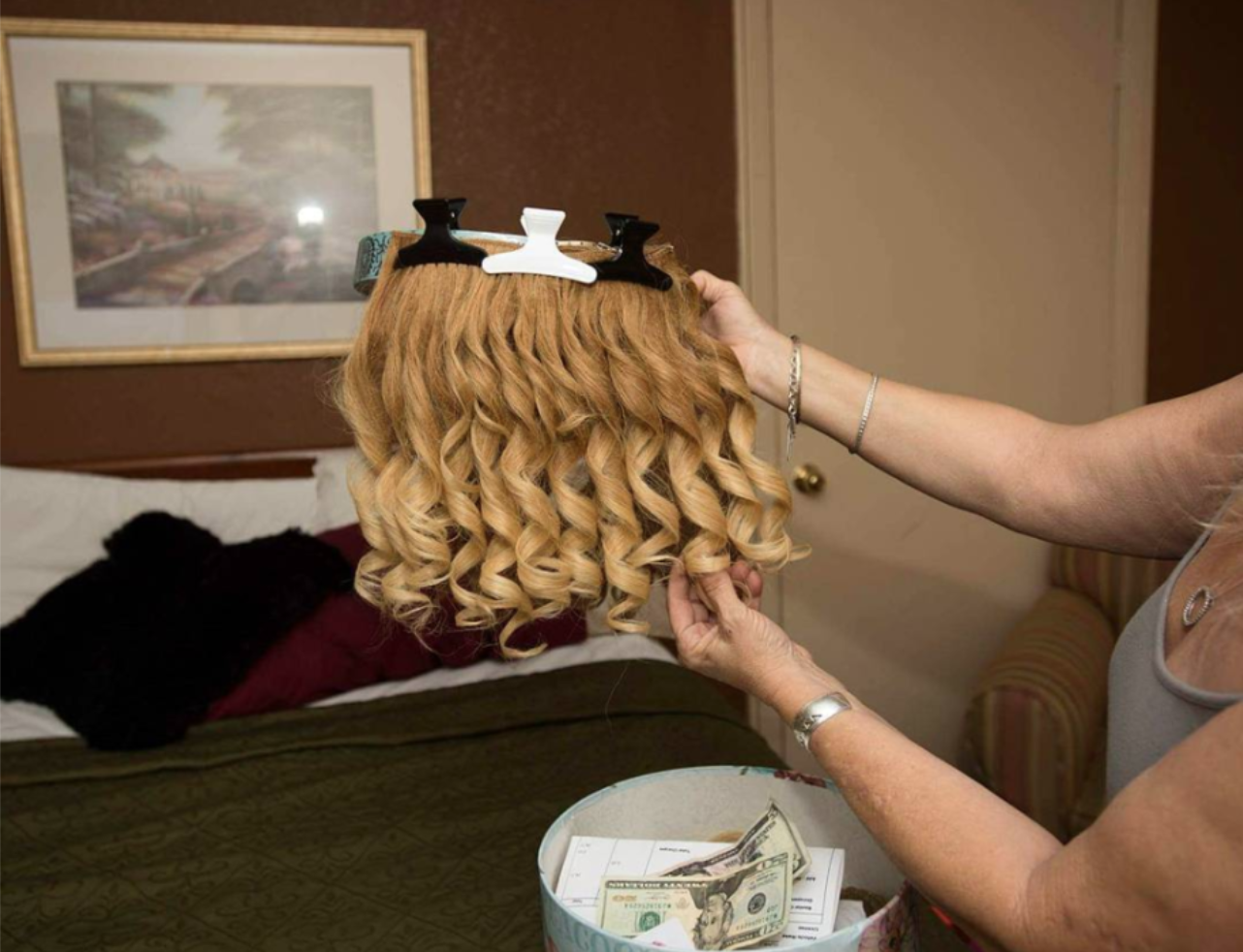 Shari curling Mehayle’s hair extensions the night before the pageant. | Photo courtesy of the artist.

At 10 am, the pageant begins, opening with a “beauty walk,” followed by the talent segment. For the talent portion, the girls change into their Christmas-themed dresses as this pageant (and most others) take place in December. Most of the girls dance, a few sing. The choreography, which looks as if it was taken straight out of a pop music video, creates a strong dissonance with the young girls’ ages.

For the most part, the girls loved being on stage (although some didn’t, and appeared to have stage fright). After talking with them, I learned that their favorite part was performing the talent portion, and their least favorite part was waking early for all the preparation.

After the girls perform, the judges sum up the marks and a winner is declared. During the coronation ceremony, the grand prize winner receives the title, “Ultimate Supreme,” and is awarded a $1,000 cash award.

Coronation ceremony. Left-to-right ages 6, 4 and 5 winners of the Austin pageant. | Photos courtesy of the artist.

Pageants are an expensive leisure activity, but many of the girls’ parents see it as an investment in the future. There’s the draw of earning money and exposure or winning beauty scholarships for college, but mostly it’s a way for the girls to get into the entertainment industry.

For a long time, this project had no name; at another point, it had 10 different names. None quite conveyed the feel of the project until one day, I uploaded a picture of Mehayle to my Facebook page and Sherry responded with, “Ain’t nothing wrong with being beautiful,” which suddenly clicked. The title captured my ambivalent feelings, swinging between criticism and empathy for the pageants and participants. 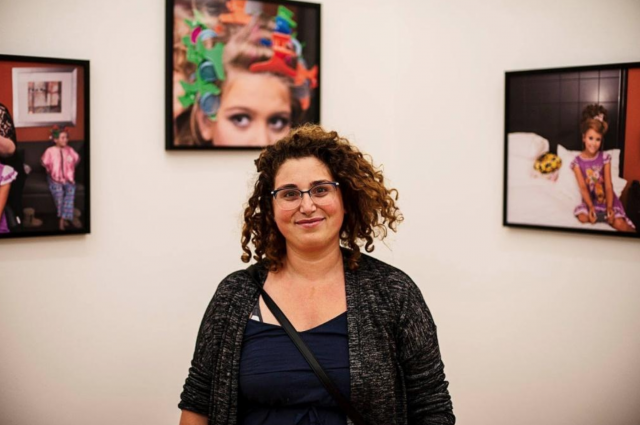 Naamas Attias with her installation ‘Ain’t Nothing Wrong With Being Beautiful’ at the exhibition ‘Grey is the New Pink,’ Weltkulturen Museum in Frankfurt, Germany. | Photo by Raymond Sagapolutele

In October, images and video from this project were exhibited in the Weltkulturen Museum in Frankfurt, Germany, in the group exhibition, Grey is the New Pink. The show brings together artists from nine countries who explore the different aspects of age in a multitude of mediums from an international perspective.

The show is currently on view through September 2019.