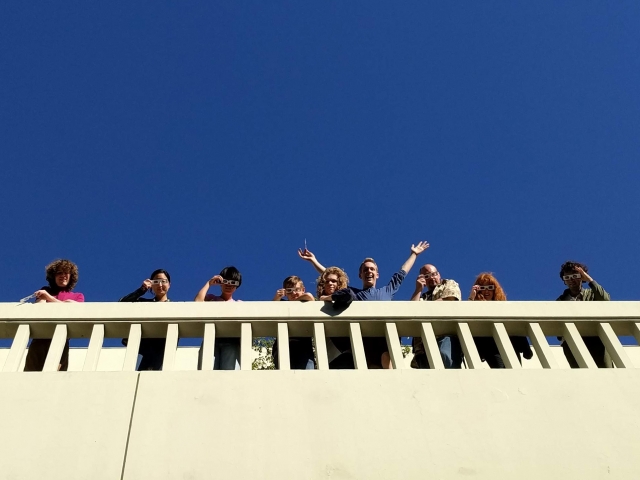 Students in CalArts School of Film/Video’s Explorations in Stereoscopic Imaging class, led by faculty Michael Scroggins, is hosting an end-of-semester presentation of their work in the Black and White Studio. | Image courtesy of Michael Scroggins.

On Thursday (Dec. 6), CalArts School of Film/Video’s Explorations in Stereoscopic Imaging class, led by filmmaker and faculty Michael Scroggins, hosts an end-of-semester presentation of student work in the Black and White Studio (Gallery A404). Titled WIKI, the show features three-dimensional imagery presented in a variety of formats, including videos, installations, paintings, drawings and virtual reality.

According to the syllabus, the students’ work is informed by their discussions on the history and theory of 3D imagery, which dates back to 1838 when Charles Wheatstone first formulated a theory of the role of binocular vision in stereopsis.

Several of the questions that Scroggins addressed during the course include: