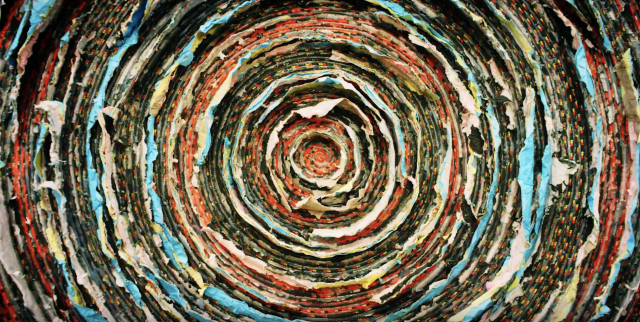 Directed by Dime Davis, the film follows LA artist and CalArts alum Mark Bradford (Art BFA 95, MFA 97) as he creates the painting 150 Portrait Tone (2017) — a large-scale work conceived after the 2016 fatal shooting of Philando Castile by a police officer in Saint Paul, Minnesota.

“What is an artist?” “Where do artists come from?” These are questions the film asks and explores through Bradford’s “rant,” through his work with paper and through the percussive sounds of Chief WaKIL.

View the “Beautiful Rant” in its entirety: