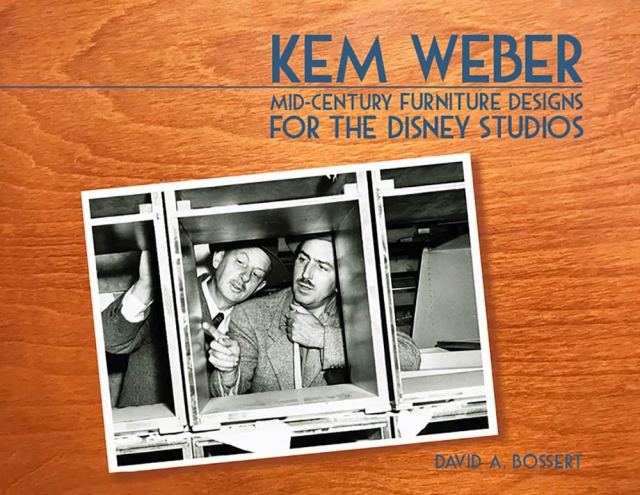 Behind every great animator there is a great desk, or so it goes, according to award-winning Disney artist, author and CalArts trustee David A. Bossert in his new book Kem Weber: Mid-Century Furniture Designs for the Disney Studios.

Weber, a mid-century architect famed for his Airline armchair, became Walt Disney Studios’ chief designer in 1939. In addition to designing the buildings, Weber was tasked with designing custom-made furniture. As written in the description of Bossert’s book, “It was all part of Walt Disney’s desire to create an efficient utopian campus for animated film production.”

It was one of Weber’s animation desks, which Bossert used throughout this many years at Disney, that became the inspiration for Kem Weber: Mid-Century Furniture Designs for the Disney Studios. A comprehensive study, the book includes a vast array of early concept sketches, photos and interviews with legendary artists.

From the introduction of Bossert’s book:

The other aspect of the research was to speak with artists who actually worked on the furniture that was made for various animation disciplines, as well as experts on that period of furniture design. There was the well-known animation desk, the scarce compact animator’s desk, an assistant’s desk, a layout desk, a background painter’s desk, a story artist’s desk, the small and large directors’ desks, and a number of side tables and cabinets…there were also miscellaneous office pieces such as free-standing closets, chairs, coat racks and wall and table clocks. It was all part of what was known as a holistic design where the architecture of a new building included the interiors and all the furnishings so that there was a common design thread.

An authority and expert on Disney and animation history, Bossert is the author of numerous books, articles, linear notes and concert program essays related to animation. His long-running contributions to Disney films include work on The Little Mermaid, Beauty and the Beast, Aladdin, Lion King, Pocahontas, Who Framed Roger Rabbit, Tim Burton’s The Nightmare Before Christmas, Hercules, Fantasia/2000 and the Academy Award-nominated shorts Lorenzo, Runaway Brain and Disney/Dali short film Destino.

Check out Bossert’s DocuMinute Episode #2 about Weber’s Airline chair below: