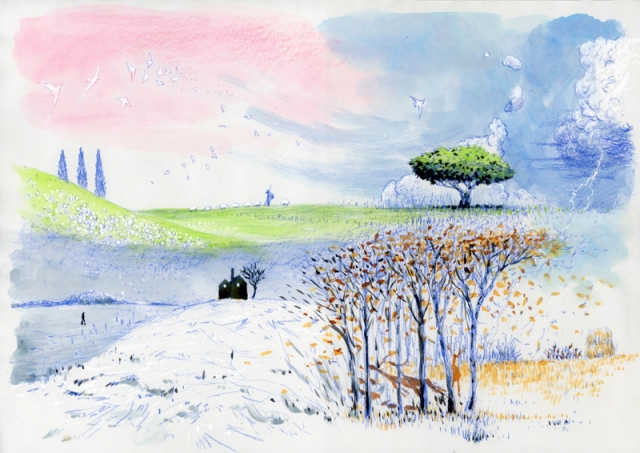 On Tuesday, Jan. 15, CalArts students and faculty will join counterparts from the Tokyo University of the Arts (Tokyo Geidai) and USC for “An Evening of Animation: Student Works from Japan and the U.S.” at JAPAN HOUSE Los Angeles.

Held at the JAPAN HOUSE salon space at the Hollywood & Highland complex, the evening will feature a screening of student animation from all three institutions followed by a live animation concert of “Autumn” from Vivaldi’s Four Seasons performed by Tokyo Geidai students and faculty.

The second in a two-day program titled, “Visual Euphony: Animation & Music,” intended to bring together and showcase next-generation animation and musical talent from both Japan and the United States, the event follows a concert by Tokyo Geidai and USC students at the Aratani Theatre in downtown Los Angeles on Jan. 13.

Free and open to the public, JAPAN HOUSE – an innovative effort from the Japanese Ministry of Foreign Affairs to nurture a deeper appreciation of Japan in the international community – bills the program as “an exciting multimedia collaboration between three universities paving the way for the future of animation and music.”

All events are free and open to the public, though reservations are requested.

An Evening of Animation: Student Works from Japan and the U.S.