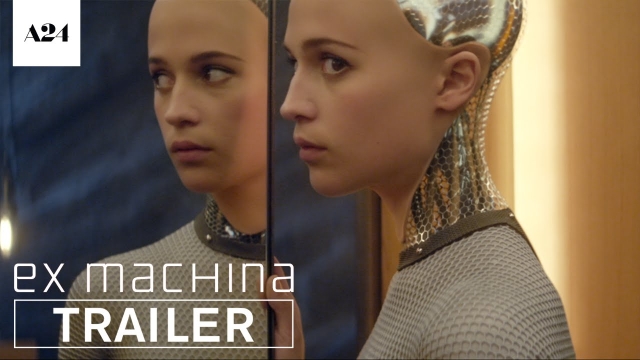 Aliens — regardless of your beliefs on their existence — are alive in the collective imagination of our culture. On Wednesday, Jan. 23, CalArts’ 2019 MA Aesthetics and Politics Theorist in Residence N. Katherine Hayles will present her lecture Human as Alien: From Frankenstein to Ex Machina and Annihilation at REDCAT.

Using Dr. Frankenstein’s creature as a starting point, where the posthuman was imagined as an assemblage of human and animal bodies, Hayles’ lecture further explores posthumanism, focusing on fear and hope through Alex Garland’s films Ex Machina (2004) and Annihilation (2018).

In the 21st century, the two posthuman possibilities that loom large are genetic engineering and artificial intelligence. Both films imagine the posthuman as some kind of fusion of the alien with the human, resulting in hybrid creatures human in appearance but deeply alien within. Hayles will address these implications for our imagined futures as a species.

Ex Machina, which was nominated for Best Original Screenplay at the 88th Academy Awards, is about Caleb Smith (Domhnall Gleeson), a programmer, who is placed in an experiment with an artificially intelligent robot named Ava (Alicia Vikander). Over time, the robot convinces Smith to help it escape from the clutches of its sinister creator, Nathan Bateman (Oscar Isaac), the CEO of the world’s largest search engine.

The film Annihilation, which is based on the novel of the same name by Jeff Vandermeer, follows a group of military scientists into a quarantined area known as “The Shimmer.” Within its borders, alien DNA alters the environment, including people, in strange and horrific ways.

Hayles, director of Graduate Studies in the Program in Literature at Duke University, has been a leading voice in arts and media discourse for decades. Her work, How We Became Posthuman, has been deemed, “the key text which brought posthumanism to broad international attention,” according to the Kilden Journal of Gender Research.

The Theorist in Residence initiative in the MA Aesthetics and Politics program at CalArts invites theorists focusing on media, urban or global studies to spend up to two weeks at CalArts to teach workshops, faculty seminars and give a public lecture.

Watch the trailer for Annihilation below:

N. Katherine Hayles: 'Human as Alien: From Frankenstein to Ex Machina and Annihilation'