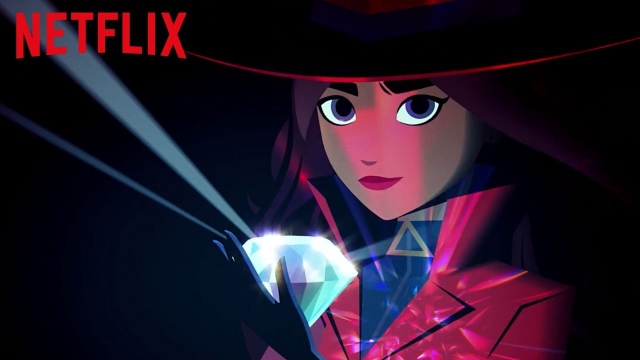 Carmen Sandiego, the globe-trotting thief with a chic red wardrobe, gets its latest reboot as a new animated Netflix series, launching on the streaming service on Friday (Jan.18).

The character made its debut in the educational video game Where In the World Is Carmen Sandiego? from software and gaming company Broderbund in 1985. Since then, children from around the world have followed her escapades through books, comics and cartoons.

Gina Rodriguez, voices the titular role of the thief who steals from other thieves to prevent their misdeeds and foil their evil plans. Her partner Player, who provides mission directives in her ear, is voiced by Stranger Things’ actor Finn Wolfhard.

Check out the opening title sequence to the show and theme song, which was directed by CalArts alumnus Eusong Lee (Film/Video BFA 13) and Manddy Wyckens, a graduate of Gobelins, who participated in Character Animation’s exchange program with the Paris-based animation school.

Lee was the Silver Medalist for animation at the 2013 Student Academy Awards for his short 9-11-themed film, will, and his latest animated short film My Moon screens at the upcoming 2019 Santa Barbara International Film Festival (Jan. 30-Feb. 9).