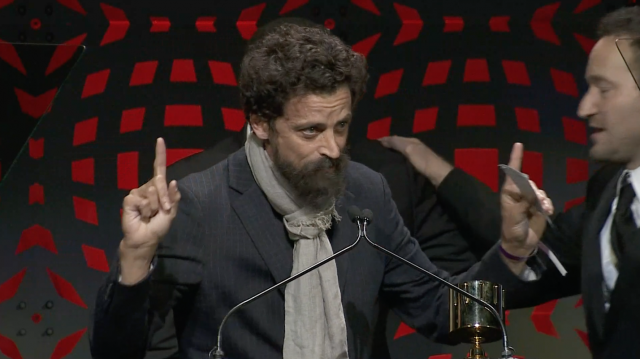 The 46th Annual Annie Awards were held last Saturday (Feb. 2) at UCLA’s Royce Hall in Los Angeles, and a number of CalArtians took home trophies for their achievements in animation.

Spider-man: Into the Spiderverse, directed by CalArts alum Bob Persichetti (Film/Video BFA 96), Peter Ramsey and Rodney Rothman, won every category for which it was nominated — a total of seven awards — including Best Animated Feature and Best Directing. This marked the first Annie for Best Animated Feature for the Sony Pictures Animation studio.

In his acceptance speech for Best Directing, Persichetti said:

We are up here accepting this award for 800 people essentially. You guys all know how it takes a small army to make these movies. I think that the thing we really wanted to say is that we challenged them in a way to invent new ideas, new ways of doing this feature animated medium because we don’t believe it’s just a medium, we believe it’s film. And in that, there should be diversity, not only in the way it looks, and the stories we tell and the characters that are in it, but also in the way it’s made.

This year’s Winsor McCay Award, which honors lifetime contributions to the art of animation, was awarded to CalArts alum Ralph Eggleston (Film/Video 86). The veteran director, animator and art director is best known for his work on Monsters, Inc. (2001), Inside Out (2015) and Finding Nemo (2003). He won the 2002 Oscar for Best Short Film, Animated for For the Birds.

Below is a list of the CalArtian Annie Award winners: 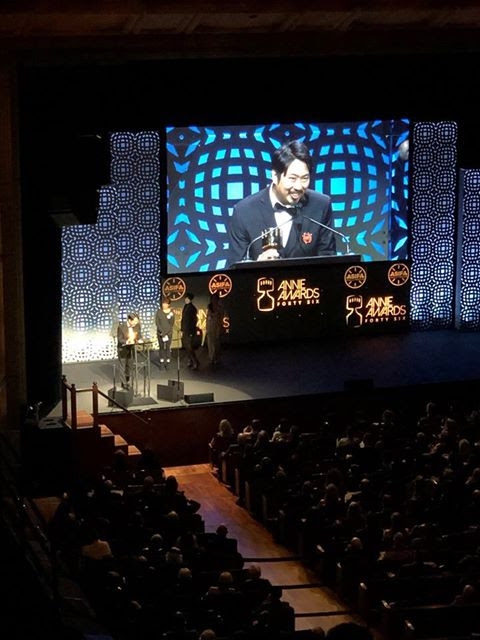 The entire broadcast of the 46th Annie Awards can be streamed on their website.