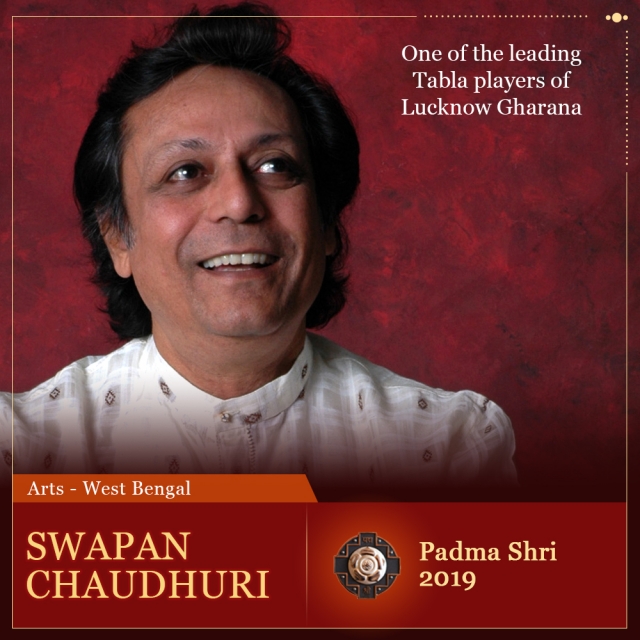 CalArts faculty Swapan Chaudhuri has been awarded the highest civilian award by the Government of India. | Image: via Padma Awards website

Last week, the government of India announced the winners of the Padma Awards, considered to be the country’s most prestigious civilian awards. Among the recipients is Swapan Chaudhuri, an esteemed faculty member of The Herb Alpert School of Music at CalArts.

Chaudhuri is being honored with the Padma Shri for his dedication to music and art, and more specifically, his expertise in playing the tabla, an Indian percussion instrument. The awards will be conferred by Indian President Ram Nath Kovind next month in Rashtrapati Bhawan, the president’s official home.

Previously, Chaudhuri was awarded a National Lifetime Achievement Award (the Bharat Ke Sangeet Ratna) by the Art & Cultural Trust of India for his lasting contributions to classical Indian music and tabla. He was also the recipient of the prestigious Sangeet Natak Academy Award in 1997 from the Government of India.