CalArtians have been awarded grants by the Foundation for Contemporary Arts (FCA). | Image: Courtesy of the foundation

Cuban performance artist Tania Bruguera — a 2015 recipient of The Herb Alpert Award in the Arts — was also honored with the Robert Rauschenberg Award. (CalArts administers the award on behalf of the Herb Alpert Foundation.)

Since its inception in 1963, the FCA has funded artists solely through the artistic contributions of other artists, making them a unique institution in the field of artistic endowment. In 2017, $1,010,000 was awarded in the form of grants, scholarships and awards. 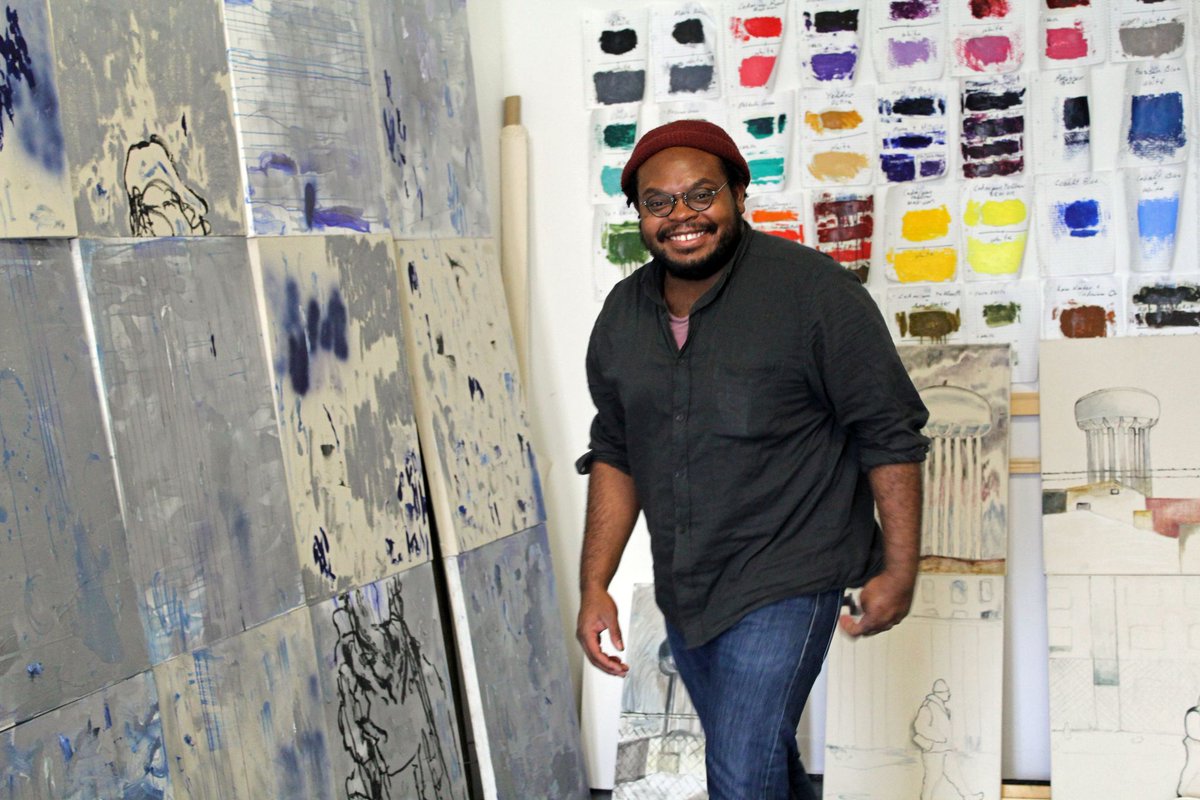 Robert is a conceptual artist and painter who incorporates varied materials and found objects into his practice. His works are in the current group exhibition, Dirty Protest: Selections from the Hammer Contemporary Collection, on view at the Hammer Museum through May 19.

From his artist’s statement:

My approach to painting negotiates both how a contemporary image is made, understood, and seen: its contextualization. Images come against the body. And, in rendered layers and variations in finish, surface, texture, and detail, I emphasize this friction. In the breaking of the picture plane, deconstructive and colliding shifts in perspective, time, and space, a melding of simultaneity—the past, present, and future–an opaque sense of the infinite and sublime, of terror and vulnerability, is felt.

Tossin is a visual artist whose practice incorporates installation, video, performance, sculpture and photography. Her current exhibition Future Fossil is on display at the Radcliffe Institute at Harvard through March 16.

A 2017-18 Radcliffe fellow, Tossin expands on her fellowship project with a newly commissioned exhibition that “considers the ecology of an uncertain future.” Fossil is inspired by Octavia E. Butler’s science fiction trilogy Xenogenesis (1989), and examines a postapocalyptic world heralded by an ecological collapse in which alien-human hybrids create a new civilization in the Amazon.

From Radcliffe’s exhibition site: “Pairing DIY plastic recycling techniques with the materials and practices of Amazonian aesthetic traditions, Tossin highlights the contemporary footprint left in the geological sedimentation of the earth. These new works consider indigenous knowledge in relationship to the environment, while they also resemble ruins of a world yet to come.”

In his review of Buck Studies in the New York Journal of Books, Karl Wolff writes:

Buck Studies by Douglas Kearney is a radical, profane, and erudite evisceration of white privilege. The title plays off the racial slur for a sexually virile African-American male and academia’s penchant for appending the word “studies” to intellectual pursuits. Peace Studies. Ethnic Studies. Buck Studies.

Douglas Kearney uses the weapons of poetry to write a curriculum of justifiable rage. Beyond anger, there is exasperation, grief, despair, and mischief…

Kearney is now assistant professor of Creative Writing and English at the University of Minnesota.

Artist-activist Bruguera was recently named one of Newsweek magazine’s The Creative Class of 2019. 10,148,451, and her series of installations and art interventions, is at the Tate Modern in London. The works are a community-driven response to the global migration crisis, and the title refers to an ever-growing figure: “the number of people who migrated from one country to another last year added to the number of migrant deaths recorded so far this year – to indicate the sheer scale of mass migration and the risks involved.”

Check out the FCA website for a complete list of grant and additional information about the award recipients.