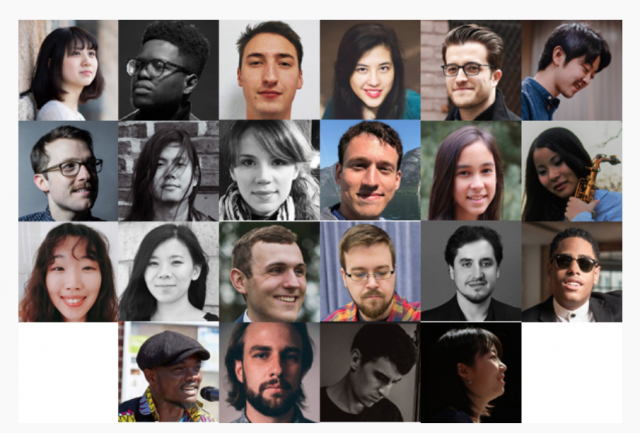 On March 11, the ASCAP Foundation announced the recipients of the 2019 Herb Alpert Young Jazz Composer Awards. Among the 18 winners, who range in age from 11 to 29 and hail from five continents, is CalArts student and trumpeter Sara Sithi-Amnuai (Music MFA 19). This marks her second ASCAP Foundation award. In 2017, she received a Herb Alpert Young Jazz Composer Award Honorable Mention.

Established in 2002, the award is designed to encourage young gifted jazz composers up to the age of 30 and includes a cash prize. Its name recognizes ASCAP member and philanthropist Herb Alpert, whose foundation supports the Jazz Composer Awards program.

In the announcement the ASCAP Foundation President Paul Williams, said:

The young people selected as Herb Alpert Young Jazz Composer recipients are among the most promising talents in jazz today. We congratulate them on their achievements and thank the Herb Alpert Foundation and our ASCAP composer judges for helping us to sustain the jazz art form by recognizing these aspiring music creators.

Sithi-Amnuai actively performs, collaborates and records with a multitude of musical artists in and around Los Angeles. She has worked with Kenny Burrell, Kendrick Scott, the LA Philharmonic New Music Ensemble and Grammy Award-nominated pianist David Benoit, to name a few. The jazz musician also co-wrote a recent paper titled, Women Who Build Things: Gestural Controllers, Augmented Instruments, and Musical Mechatronics, which was accepted for the International Conference on New Interfaces for Musical Expression at Virginia Tech.

Listen to Sithi-Amnuai’s winning composition, “From the Outside,” below: