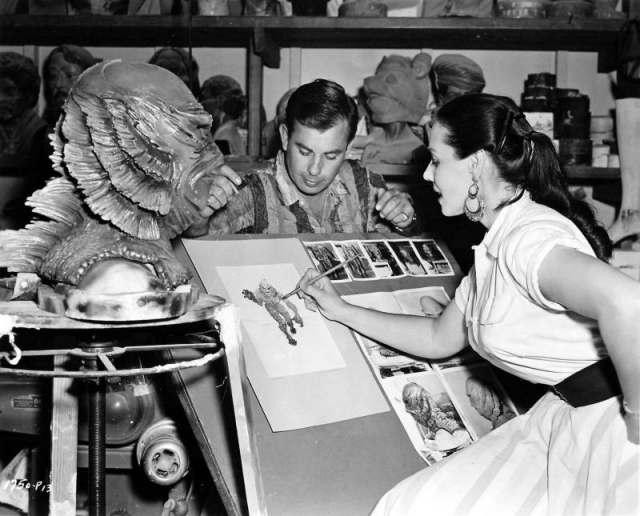 Milicent Patrick was one of the first female animators at Disney and the designer behind the famous gill-man in ‘Creature from the Black Lagoon’ | Image: Milicent Patrick fanpage via Facebook

The creature in Creature From the Black Lagoon is a legendary character for fans of horror cinema, easily recognized by its amphibian grandeur rendered starkly in 1950s black-and-white fashion. The crafting of this icon had long been attributed to makeup artist Bud Westmore, but filmmaker and screenwriter Mallory O’Meara wanted to tell the untold story of the true costume designer behind the gill-man: Milicent Patrick.

Released earlier this month, O’Meara’s non-fiction book The Lady from the Black Lagoon investigates the life and legacy of Patrick. In a recent feature, the Los Angeles Times notes that the author intersperses “her own experiences in Hollywood with the story of Millicent,” The Lady from the Black Lagoon is “an expansive examination of how women in cinema are undermined, uncredited, harassed, and ultimately, forgotten.” 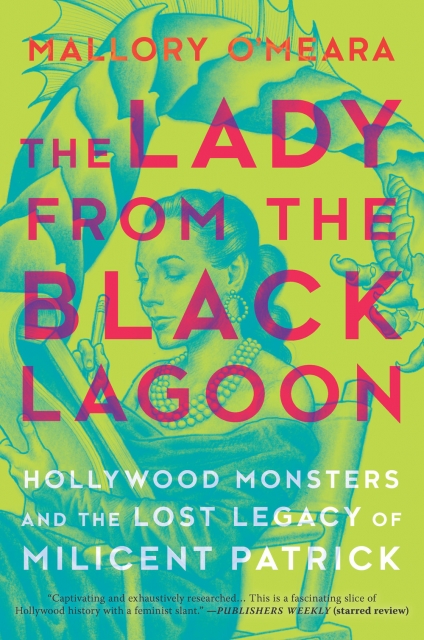 ‘The Lady From The Black Lagoon’ was released on March 5 by Hanover Square Press | Image: Mallory O’Meara

Milicent Patrick (born Mildred Elizabeth Fulvia di Rossi in 1915) grew up in California near Hearst Castle in San Simeon, where her father was the construction superintendent, and developed an affinity for art from a young age. She was given three different scholarships to attend Chouinard Art Institute, the leading professional art school at the time, which would eventually merge with the L.A. Conservatory of Music to form CalArts.

Chouinard was known for incubating talent that was highly sought after by the motion picture industry. Thus, it was not surprising that Patrick was recruited by Disney in the 1930s to work in their storied ink and paint department – one of the first women to do so. The Los Angeles Times describes that while she was there, she “worked as a color animator (then considered a special effects technique) on “Fantasia,” contributing to four sequences, including the legendary “Night on Bald Mountain,” where she created gorgeous color pastel animation for the demonic Chernabog — “the most magical Disney character” for O’Meara and generations of monster lovers.”

In 1952, she moved to the makeup department at Universal and helped create characters like the alien globs in It Came From Outer Space, Mr. Hyde in Abbott and Costello Meet Dr. Jekyll and Mr. Hyde and the actors’ pirate personas in Against All Flags.

In 1953, she began work on Creature from the Black Lagoon. Around the release of the film, Patrick joined its press tour, where she openly talked about her role in sketching, designing and executing the creation of the gill-man. As soon as he heard this, Westmore, Universal’s prominent chief of makeup, wrote a heated letter to the publicity director. He demanded that Patrick pivot her press discussions and instead claim that she was only responsible for making sketch renderings of Westmore’s original ideas.

After the tour, he used his position in the film industry to blackball Patrick, a narrative that is all too familiar even in 2019. An excerpt from the book explains:

Even though he received sole on-screen credit for the Creature, he couldn’t stand seeing Milicent in the spotlight while he stayed behind at Universal. By the time she returned to Hollywood, she no longer had a job. He pulled her from the film projects she had already started working on and refused to hire her for future work. After that, Milicent never designed another monster. She never designed anything for film ever again. Her name faded into obscurity while the Creature went on to become one of the most iconic movie creations of all time.

It took O’Meara years of research to piece together the narrative in The Lady From the Black Lagoon. One of her points of departure was the success of Guillermo del Toro’s film Shape of Water, boasting a similar lead hybrid of sea creature and human. Del Toro has spoken about his childhood love of Creature from the Black Lagoon and its notable influence on his Oscar-winning 2016 film. In a 2017 interview with The Hollywood Reporter, del Toro comments on his memory of seeing the film as a 7-year old, thinking that “the creature was the most beautiful design I’d ever seen.”

O’Meara was also inspired by the #MeToo movement, and draws parallels between Patrick’s contribution to the horror genre and the horrors faced by women in the film industry.

“Women need to see themselves fighting monsters. That’s part of how we figure out our stories,” O’Meara writes in the book, “but we also need to see ourselves behind-the-scenes, creating and writing and directing. We need to tell our stories, too.” 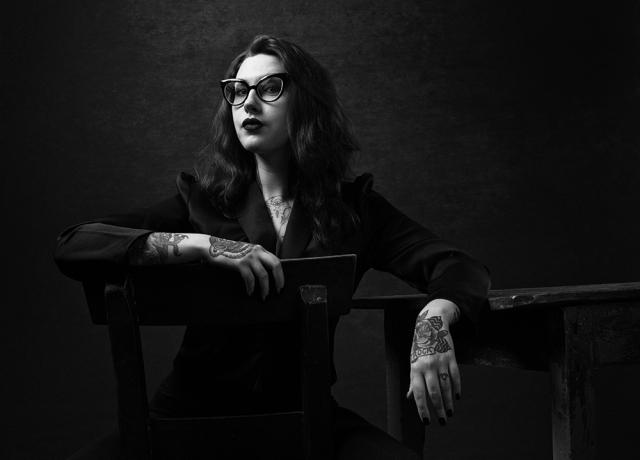 Milicent Patrick passed away in 1998, her cinematic contributions largely unknown except to small groups of knowledgeable fans. In advance of its release, Lady From the Black Lagoon had already begun to garner a fair amount of attention from major publications and indie film blogs alike. Sparked by buzz around O’Meara’s book, Creature from the Black Lagoon has screened at various theaters across the U.S. in the first half of March.