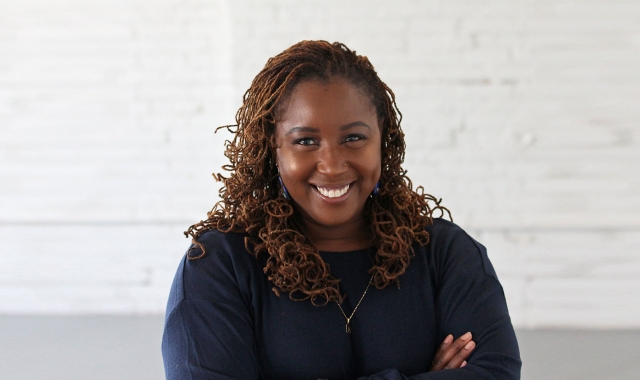 Nataki Garrett, CalArts alum (Theater MFA 02) and former associate dean of the CalArts School of Theater, has been appointed the sixth artistic director of Oregon Shakespeare Festival (OSF), one of the nation’s largest and oldest professional regional repertory theater companies. The Tony Award-winning nonprofit event, which was founded in 1935 by artistic director Angus Bowmer, takes place in Ashland, Oregon, and welcomes an annual audience of approximately 400,000.

“As her colleague, collaborator, and friend, I cannot find words enough to express my deep admiration for Nataki,” writes CalArts School of Theater Dean Travis Preston in a message about Garrett’s new position. “She is a tireless champion for her fellow artists, for her students, for new and diverse voices, and for our community at large. She hungers for the truth beneath the apparent, and embraces human complexity and wonder in everything she does. She embodies every virtue of a true citizen artist.”

In an interview with American Theater, Garrett said, in response to being asked about her primary role as a new-works director and deviser:

It’s part of the aesthetic of my alma mater, CalArts, to always be a deviser, even if you’re working with established material. The focus there is experimental, avant-garde; it feels like a series of science experiments rather than a conventional training model. It gave me a really great platform to play, because mostly what you’re doing in it is developing your ideas.

The appointment of Garrett, an African American woman, reflects the growing diversity among American theater leadership. A recent New York Times article cites a national survey conducted by two Bay Area directors and members of the League of Resident Theatres (LORT), the largest professional theater association in the U.S., which found that women have been named to 41 percent of 85 jobs filled since 2015, and people of color to 26 percent.

“When I was coming up, there were very few women in leadership positions, and very few women of color,” said Garrett to the New York Times. “The tide has to move for the future of the theater in America.”

Garrett recently served as Associate Artistic Director of the Denver Center for the Performing Arts Theater Company (DCPA). Under her supervision, the DCPA’s 2017-18 season was heralded as adventurous and fully inclusive, marking it as one of the most financially successful and well-attended seasons in the company’s four decade-long history.  She is also a member of the Society of Stage Directors and Choreographers, and a recipient of the National Endowment for the Arts and Theater Communications Group Career Development Fellowship for Directors.