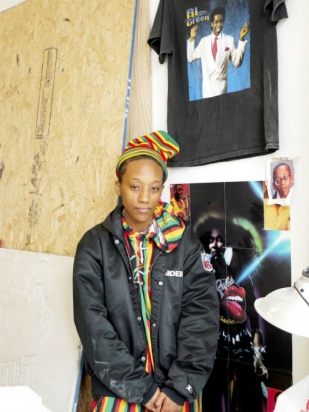 Lauren Halsey (Art BFA 12) has been named the recipient of the 2019 Frieze Artist Award. The award, a major creative commission to emerging artists, invites proposals for site-specific works that respond to the dynamics of Frieze’s annual New York fair. Halsey’s proposal was selected from hundreds of applications around the globe and will be awarded the $25,000 prize funded by the Luma Foundation, a Zurich-based nonprofit organization supporting contemporary artists across disciplines. The funds allow Halsey to create a new piece for the Frieze New York Art Fair in May.

Halsey previously won the Hammer Museum’s Mohn Prize, one of the largest international art prizes, for a sculptural installation during the 2018 Made in L.A. biennial. She also had a 2018 solo exhibition at the Museum of Contemporary Art (MOCA) in Los Angeles and is scheduled to hold another exhibition at Fondation Louis Vuitton in Paris later this year. 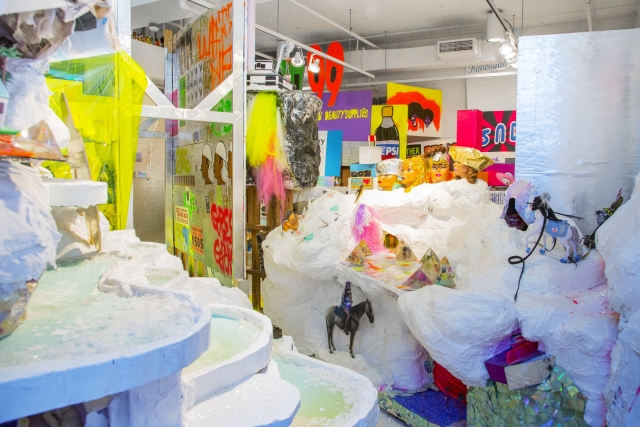 Halsey cites hip hop, funk and Afrofuturism as major influences in her work. Her art, which manifests as everything from standalone objects to functional architecture, respond to and interact with the South Central Los Angeles communities she calls home. Halsey’s piece for Frieze will feature her trademark imagery of “black ideological worlds” and “Du-rag models” in a space paying testament to marginalized populations.

“I’m honored to receive this year’s Frieze Artist Award, and to debut a new installation in New York this coming May,” said Halsey in a statement to ArtNews. “The fair produces environments that can seem like words unto themselves, and I hope that this work will shift the visitor experiences in unexpected and meaningful ways.”

“Lauren is an incredible artist, able to work in a variety of media,” said prize curator and Deputy Director of Dia Art Foundation Courtney J. Martin in a statement. “The jury and I were impressed by her ability to transform a quotidian object like a column into a three-dimensional object with references to antiquity and to the former grandeur once bestowed upon civic monuments … I am excited to be able to watch her expand her skills in new directions for this year’s prize.”

Martin will provide curatorial guidance of Halsey’s new piece for Frieze’s next New York art fair, which takes place on Randall’s Island Park in New York from May 2-5.