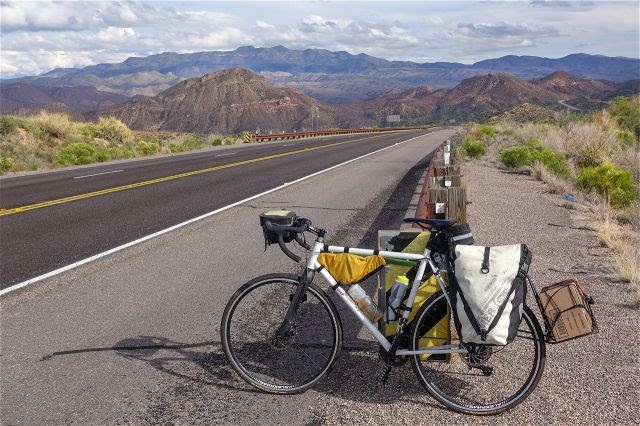 The event is a culmination of Wand’s 2,000-mile bicycle journey from LA to Michoacan, Mexico, following the migratory paths of the monarch butterfly from October to December 2018. He documented his journey in a series of 51 daily minute-long videos featuring brief anecdotes, ecological research and his original music and sound design.

Wand’s project was inspired by feminist theorist Donna Haraway’s book Staying with the Trouble: Making Kin in the Chthulucene, an exploration of how to recalibrate humanity’s relationship with earth and its other species to stall ecological collapse. The protagonist Camille is tasked with the protection of the endangered monarch butterfly, and works with people along the creatures’ migration paths to preserve their populations.

“Camino de las Monarcas is my own real-life version of this fictional story,” wrote Wand in his project’s mission statement.

According to the National Wildlife Federation (NWF), monarch butterflies have suffered a population decline approaching 90 percent in recent decades. This decline is attributed to increased pesticide usage, widespread habitat loss and climate change. As NWF suggests, Wand planted native milkweed and wildflower seeds along the way to provide the monarchs fuel in an effort to counteract their rapidly dwindling numbers. Upon the completion of his journey, Wand undertook a month-long artist residency at the Guapamacátaro Center of Art and Ecology in Mexico.

Wand, originally from Detroit, studied music composition at the University of Michigan and at CalArts. The Grammy Award-winning musician and Song A Day founder often composes music for film and dance projects. His recent credits include the documentary The Harvest Run, the dramatic narrative Porcupine and the theatrical piece Sometimes I Fall in collaboration with the Carlon + Lollie Dance Company.

Camino de las Monarcas’ pre-show begins at 7 p.m. with food and drink. The show, which will be held outdoors, begins at 8 p.m. Attendees are advised to dress for the weather and bring a blanket.