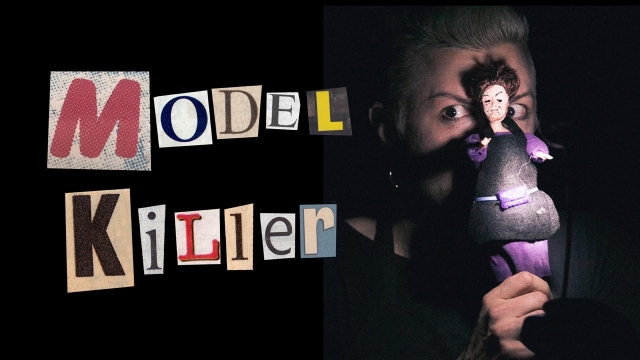 This month, interdisciplinary artist and CalArts alum Marsian De Lellis (Theater MFA 09) has been in residency at experimental theater and gallery Automata in Los Angeles’ Chinatown.

Collaboratively offered by Los Angeles Performance Practice and Automata, and supported in part by a grant from the National Endowment for the Arts, the coveted Development + Research Residency offers opportunity and vital infrastructure for artists creating new works of live performance.

While at Automata, De Lellis (they/them/theirs) has developed and researched their latest installation/performance-in-progress, Model Killer: Giant Crimes & Tiny Cover-Ups. Through dollhouses, dioramas, puppetry and more, the dark comedy tells the story of disgruntled dollhouse maker turned investigator Vivian Nutt, who constructs dioramas of unsolved murders. In a twist, Nutt reveals herself as a serial killer.

“In Model Killer, I am creating a universe in which I invite the viewer to reconsider female serial killers, the historically feminine craft of miniatures and murder as entertainment,” the artist explained. “It really has been an addictive luxury to work here 18 hours a day for the past two weeks simultaneously fabricating objects, reworking text and the ideas, meeting with future collaborators, and rehearsing and performing all in one greybox space.”

A self-proclaimed “micro-influencer” for their use of miniatures, De Lellis has spent their time at Automata staging the piece’s concept and story, while also inviting community involvement, including building assistance, material donations, serial killer research and feedback. To that end, on Sunday (March 31) the gallery hosts an open rehearsal of the work.

During the presentation, guests will be invited to watch two scenes of what will eventually become a guided tour with models serving as the central storytelling device. A handful of cardboard dollhouses on wheels will be activated while the audience serves the role of playful dramaturg and De Lellis reads story treatments and collected research on female serial killers.

The opening scene, which was fine-tuned during the residency, opens on an elite gala at the West Ripton Falls Institute of Crime where chief curator Mavis Blumenthal unveils the new Murderabilia Wing and introduces wealthy donors to the stories of its unsavory residents, including Vivian Nutt. 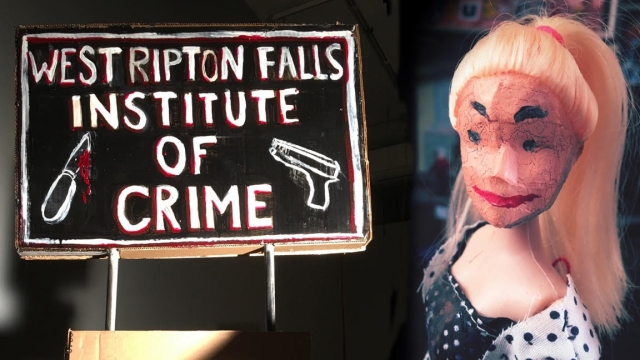 “All of the names, products and places are completely made up, but based in part on my research of serial killers and current events. I’m using puppets and models to consider the truth in the fictitious and the reality in the artificial,” said De Lellis. “With Model Killer, I am also beginning to scratch the surface of violence — examining how aggression has become abstracted by an outrage industrial complex and the collective blood lust for character assassination on social media.”

Sections of Model Killer were previously developed at the Eugene O’Neill Theater Center in Waterford, Conn., where De Lellis served as artist-in-residence at the 2017 National Puppetry Conference.

In May, the Los Angeles-based writer, performer, and creator will take part in the three-person exhibition of handmade objects, Stuck Together: Marsian De Lellis, Simone Gad, Debra Broz, at Track 16 Gallery in Downtown L.A.