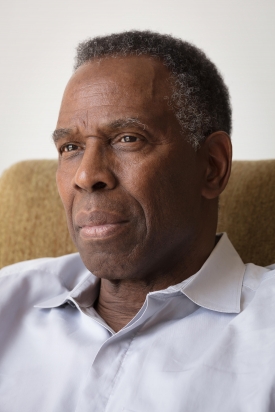 Charles Gaines | Courtesy of the artist

Renowned artist and CalArts School of Art faculty member Charles Gaines has been named the recipient of the 2019 Edward MacDowell Medal in the Arts.

The MacDowell Medal, first awarded in 1960 to American playwright and novelist Thornton Wilder, is annually granted to one person who has attained “artistic excellence,” which is defined by the benefactors in an inclusive and pluralistic manner. The artistic discipline in which the medal is awarded rotates annually to accommodate all creative fields.

The award is issued by the MacDowell Colony, the first artist residency program in the United States, located in Peterborough, N.H. The Colony is credited with supporting more than 8,000 emerging and established artists across disciplines since its inception.

“Charles is among the most significant conceptual artists in the world, and we at CalArts have been lucky to have him on faculty for the last 30 years,” said CalArts President Ravi S. Rajan. “He has influenced generations of young artists, many of whom have gone on to their own outstanding careers.

“Charles has joked that ‘One of the benefits of teaching is that when your students become successful they can get you shows.’ It’s great that today, others are recognizing what many of us have always known — Charles is a genius who interrogates the ideas and issues that affect us most as a society. He is a perfect addition to the august company of MacDowell Medal recipients.”

Gaines’ selection was made by a committee comprised of several renowned artists, educators and curators. Ann Philbin, director of The Hammer Museum at UCLA, served as panel chair with members Hilton Als, The New Yorker writer and critic; Naima Keith, deputy director and chief curator of California African American Museum; Barbara Kruger, conceptual artist and educator; and Arthur Sims, a visual artist and member of The MacDowell Colony Board of Directors.

The LA-based artist has had more than 80 solo shows and numerous group exhibitions around the globe, including the 2007 and 2015 Biennale di Venezia. Among Gaines’ numerous accolades are the 2007 United States Artists Fellowship Award, the 2013 John Simon Guggenheim Memorial Foundation Fellowship and the 2018 REDCAT Award.

Pulitzer Prize-winning author and MacDowell Colony Chairman Michael Chabon will present the award to Gaines on Aug. 11, during the 2019 Medal Day celebration in Peterborough. Following the ceremony, visitors can enjoy a picnic lunch and tour open studios. Both the award ceremony and the open studios are free, and open to the public.