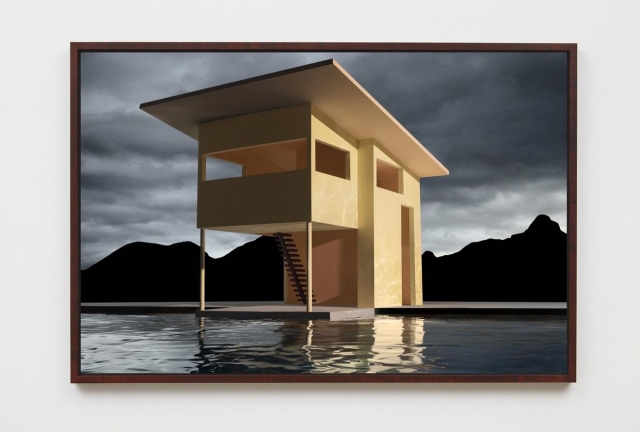 Contemporary artist and photographer James Casebere (Art MFA 79) has been named a recipient of the 2019 Rome Prize in the category for visual art.

The Rome Prize is awarded to individuals representing excellence in various fields, including ancient studies, design, landscape architecture and musical composition. The annual prize is issued by the American Academy in Rome (AAR), an Italian art research institute founded in 1894 that “supports innovative artists, writers and scholars living and working together in a dynamic international community,” according to the AAR website.

This year, 36 total awards were granted to American and Italian artists and scholars, with five dedicated to visual artists. Winners will receive a stipend and additional support to work at the Academy’s Rome campus for five to 11 months.

Casebere was awarded the Abigail Cohen Rome Prize by a jury comprised of Adam Weinberg (artistic director of the Whitney Museum in New York), Chon Noriega (curator and UCLA Film, Television, and Digital Media professor), artist Cecily Brown and others.

Casebere, who studied under famed conceptual artist and former CalArts educator John Baldessari, is known for creating photo series of scenes from various materials, including paper and architectural models. Themes of “social control, social structure and the mythologies that surround particular institutions” dominate his catalogue of haunting yet simple table-sized constructions, according to a Sean Kelly Gallery artist profile. Casebere’s early work is often associated with the ’80s postmodern artistic movement, and largely inspired by art history, film and architecture. He is also known for colorful photographs of sleek architectural forms sitting atop water, as well as flooded models.

The New York-based artist’s work hangs in the collections of the Solomon R. Guggenheim Museum, the Whitney Museum, the Museum of Modern Art (MoMA), the Tate Gallery in London and the Los Angeles County Museum of Art (LACMA). Casebere has enjoyed solo shows and group exhibitions at the Musée d’art contemporain de Montréal, Centro Galego de Arte Contemporánea (Spain) and the Indianapolis Museum of Fine Arts, among others.

He is a three-time recipient of fellowships from both the New York Foundation for the Arts and the National Endowment for the Arts, as well as one from the John Simon Guggenheim Memorial Foundation in 1995.