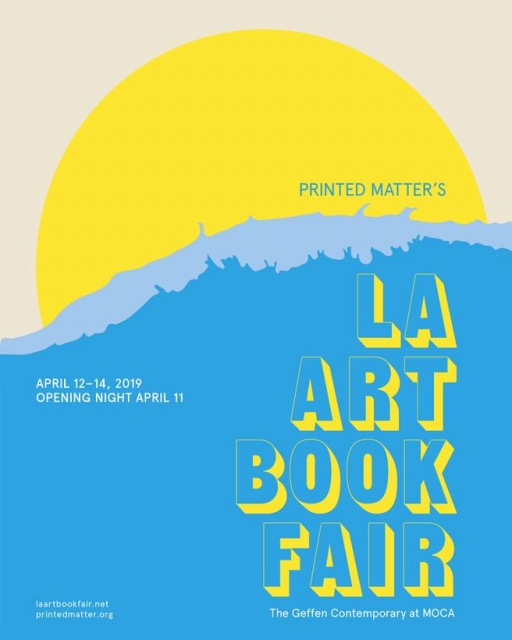 Printed Matter’s LA Art Book Fair opens on Thursday evening and runs through Sunday at MOCA’s Geffen Contemporary in Little Tokyo. Based in New York, Printed Matter, Inc. is a nonprofit organization dedicated to the dissemination, understanding and appreciation of artists’ books and related publications. The Los Angeles companion to their New York fair was first organized in 2013, and both are considered premiere events for printed publications and graphic design.

The fair boasts an international list of exhibitors, featuring small presses, individual artists and authors, nonprofit organizations, art collectives and schools. There are more than 300 West Coast-based participants, including CalArts, which will be present via three different exhibitors:

The opening night of the fair is ticketed and includes limited-edition work by artist Jeffrey Cheung of Unity Press. The evening will feature live performances by Eartheater, Robert Aiki Aubrey Lowe and a DJ set by Asmara.

There will also be variety of programming throughout the weekend, including CalArts School of Art faculty Tom Leeser who discusses his independent work and collaboration with Tellus Audio Cassette Magazine with Montez Press Radio on Saturday, April 13 at noon. Former CalArts librarian Kathy Carbone will also join Montez Press Radio for a workshop related to CalArts Institute Archives’ Feminist Art Materials Collection on Sunday, April 14, at 4:30 pm.

Organized by David Senior, Head of the Library and Archives at SFMOMA, The Classroom is a curated series of informal lectures, readings and screenings with participants such as Ed Morris, Susannah Sayler, and Paul and Damon McCarthy. There is also a dedicated space at the fair for children and teens as well as a day-long conference on Saturday with Hamza Walker, executive director of LAXART, as keynote speaker. A full list of programming can be found on the 2019 LAABF Website. 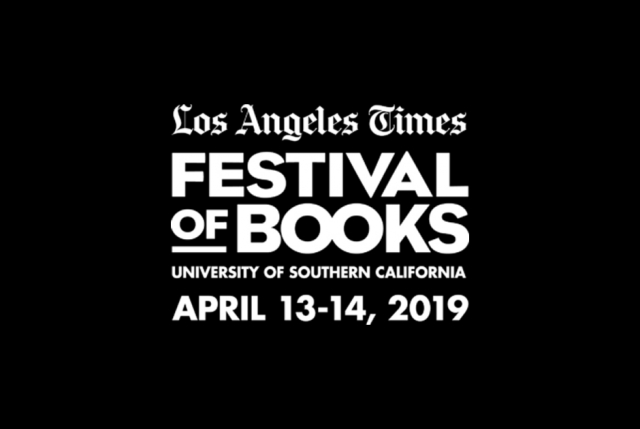 Since 1996, the Los Angeles Times Festival of Books has been a premier gathering point for the literary community.

Just a few miles away, the Los Angeles Times Festival of Books takes place April 13 and 14 at USC, hosting writers, poets, artists, filmmakers, musicians and storytellers of all kinds.

The festival offers panels and discussions on numerous topics, from children’s books to spatial augmented reality. The keynote event of the weekend is Ideas Exchange with speaker Valerie Jarrett, taking place midday on Saturday. Jarett is an author and former senior advisor to President Barack Obama and will be in conversation with Los Angeles Times’  White House Editor, Jackie Calmes. Advance tickets are required and can be purchased on Eventbrite.

The festival will also feature more than 100 booths from publishers, booksellers, organizations and schools. CalArts’ Sublevel Magazine will be at the festival on Saturday, with editors selling previous issues of the magazine as well as selected work from CalArts faculty that relates to the topic of their upcoming issue, stamina. On Sunday, that same booth will serve as an informational table for all CalArts programs.

A full schedule, links to tickets and lists of exhibitors and authors can be found on the Festival of Books website.