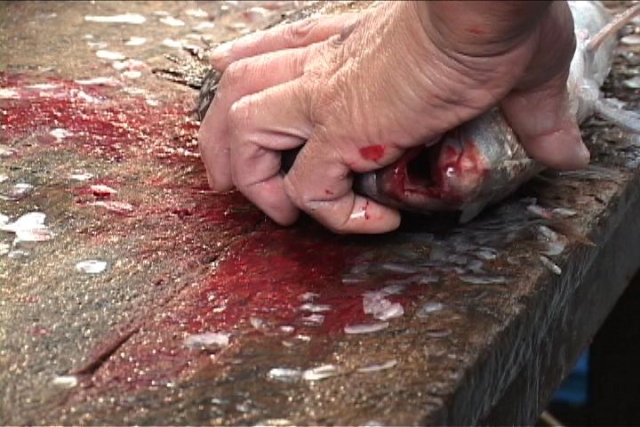 On Monday (April 15), the Roy and Edna Disney / CalArts Theater (REDCAT) honors the legacy of the late Allan Sekula with an evening of selected films and books. Sekula was faculty at CalArts from 1985 until 2013 and was considered a pioneer in critiquing and reworking the tradition of social documentary. Bomb Magazine notes that “Sekula’s images and writings shifted the terms on which the medium is understood and [have] influenced a generation of artists and scholars.”

The event at REDCAT celebrates the new edition of Fish Story (Mack Books, 2018), Sekula’s probing investigation of maritime space and culture first published in 1995. There will also be screenings of some of Sekula’s shorter films, including:

There will also be some of Sekula’s more recent publications on display, including:

The 17 boxed archival sets of Vivian Maier photographs will be for sale at Monday’s event, and proceeds benefit the Allan Sekula Social Documenary Fund at CalArts. Each set is numbered, stamped and signed by printer Stephen Callis, who will be in-person at the event, alongside:

Although he was born in Pennsylvania, Sekula spent most of his life in and around Los Angeles. Since joining the CalArts community in the mid-1980s, the focus of Sekula’s work was largely the geo-economics of globalized production and distribution of goods by way of the sea.

The Getty Research Institute notes that “when globalization was still a little-understood phenomenon, Sekula recognized the enormity of its changes – from maritime transformations to labor conditions – and brought them to light in socially critically engaged work.”

Throughout his life, Sekula’s work was exhibited internationally and his writings were translated into several languages. He was the recipient of numerous awards and honors from organizations such as Camera Austria, US Artists Fellows, College Art Association, U.S. National Endowment for the Arts, DAAD and the John Simon Guggenheim Foundation. Since the time of his passing in 2013, there have been more than a dozen posthumous solo exhibitions and publications of Sekula’s work. In 2015, his library was transferred to the Clark Art Institute and in 2016, his archive was brought to the Getty Research Library.

Monday’s event will begin with a reception at 7 pm, during which books and portfolios will be on display and available for purchase, and the film screening will commence at 8 pm.

The event is part of the Jack H. Skirball Series, and tickets can be purchased on the REDCAT website.