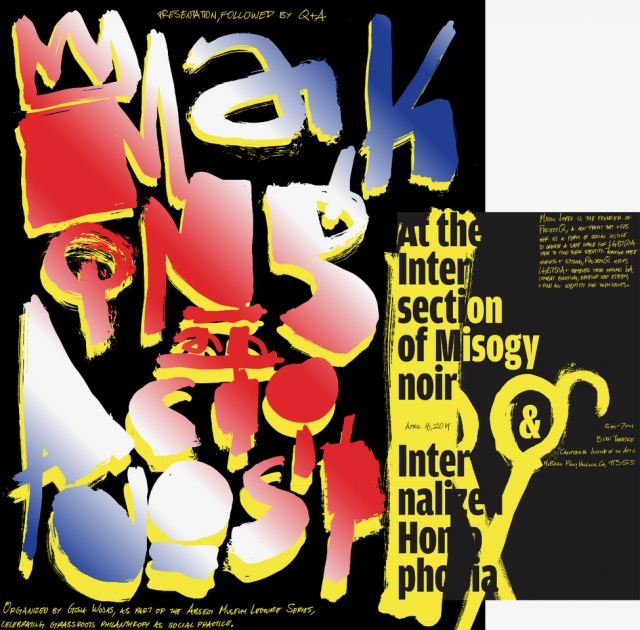 On Tuesday (April 16) at 5 pm, activist and ProjectQ founder Madin Lopez (they/them) presents the lecture Making an Activist: At the Intersection of Misogynoir and Internalized Homophobia, followed by a Q&A at the Bijou Auditorium. 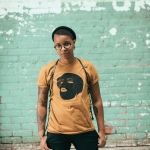 Lopez’s ProjectQ is a nonprofit organization that offers free haircuts to LGBTQIA and homeless youth in the LA area and around the South. Making an Activist tackles issues including social responsibility and justice, activism and LGBTQIA empowerment. The Q&A portion invites discussions about the shift from traditional philanthropic monetary donation paradigms to open and community-oriented grassroots models.

The lecture is organized by Polish-born artist and curator Gosia Wojas (Art BFA 19). Wojas initially learned about Lopez’s work while renting a space at the Women’s Center for Creative Work (WCCW), an organization that cultivates feminist creative practices and communities in Los Angeles. Wojas reached out to Lopez after attending a screening of Transformation, a documentary following Lopez’s work with transgender and gender nonconforming LA youth.

Making an Activist is the first in a lecture series for The Absent Museum, Wojas’ online curatorial space that focuses on marginalized feminist practices, social activism and grassroots philanthropy for groups and individuals operating outside of and without the aid of institutional structures.

“My interest in curating spaces for marginalized communities comes from my background and personal philosophy,” Wojas told the 24700 blog during a recent email interview. “I grew up during the last decade of communism in Poland, in a single parent household, where scarcity and precarity were common. Living through these times and in [the] midst of political struggle and later state transformation, social conservatism and deeply-rooted Catholic beliefs let me experience firsthand this kind of brutal consequences that oppressive regimes can have on people who come from less privileged social circumstances. I am interested in continuing the interrogation of the political by engaging with issues that are consuming marginalized communities.” 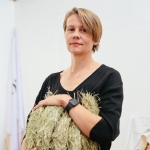 The Absent Museum, which Wojas began in 2012, was initially intended to be a publication dedicated to various features on social engagement practices. The project, which visually mimics a common museum, has since developed alongside Wojas’ artistic practice and recent works, such as Siennik/palliasse (2019). Wojas thematically explores the emergence of political subjects, and the conditions in which such emergence references oppressive systems such as racism, heterosexism, ageism, ableism, silencing and effacing.

“The underlying current that I try to weave through all my artistic and curatorial practice is that we can change the internalized oppressions we carry inside,” said Wojas. “We have the power to abolish low self-esteem, self-doubt, self-loathing which projects as fear, criticism, or distrust by activating our strengths, and like Madin, by empowering others we can heal ourselves.”

More information about the lecture can be found here.