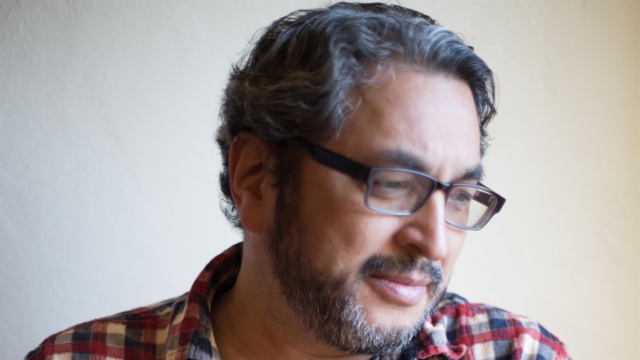 The Center for New Performance and Duende CalArts present a special conversation with prolific playwright and director Octavio Solis on Thursday (April 25) at 4:30 pm.

As a CNP artist-in-residence, Solis is conducting a workshop for his latest play Scenes with Cranes, an interdisciplinary work inspired by Finnish composer and violinist Jean Sibelius’ orchestral piece of the same name. Scenes with Cranes is a meditative work that follows a tight-knit Mexican family grieving the loss of their youngest son, who died under mysterious circumstances, and the mother’s quest to uncover the truth.

Solis has written more than 20 plays, including Lydia, Santos & Santos and Man of the Flesh, and is lauded for his contributions to Latinx theater. His works draw upon the Mexican-American experience, particularly his own as a young boy growing up a mile away from the Rio Grande in El Paso, Texas. Solis’ formula-defying plays have garnered critical acclaim for their distinct humanity and intensity, and honest, unflinching explorations of darkness interspersed with humor and magic.

Solis is a New Dramatists alum and member of the Dramatists Guild of America. His works have been presented by numerous theaters and companies, including the California Shakespeare Theatre, the Mark Taper Forum, Oregon Shakespeare Festival, Yale Repertory Theatre and El Teatro Campesino.

The conversation with Solis takes place in E407. No RSVP is required.