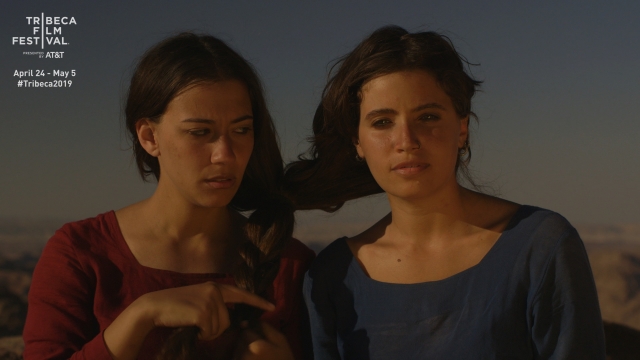 The Tribeca Film Festival, founded in 2002 by Jane Rosenthal, Craig Hatkoff and Robert De Niro, is an annual independent film festival held in Manhattan’s Tribeca neighborhood. The 2019 series boasts a lineup of 63 short films from U.S. and international filmmakers, among which 31 are world premieres. Atif’s film will screen alongside others in the narrative short Roads Less Traveled category.

Jebel Banat, which translates to “girls mountain,” is Atif’s dramatic retelling of a melancholic 19th century tale about two Bedouin sisters hiding in the mountains after escaping forced marriages in a desperate bid for freedom, altering the futures of Bedouin women forever. Atif first learned of the story from a nomad while hiking near the desert town of St. Katherine, Egypt, where the legendary mountain resides. The 15-minute film is in Arabic with English subtitles.

Atif is a Cairo- and New York-based indie filmmaker who experimentally engages aggression, tenderness and confrontation to empower women, especially those in her native Egypt. Her viral short film His Cucumber from her A Way Out Video Series was screened at the 2017 UN Commission on the Status of Women in New York City. Atif is also an Egyptian independent films curator for KMT House, a Cairo-based hub for urban creatives and innovators.