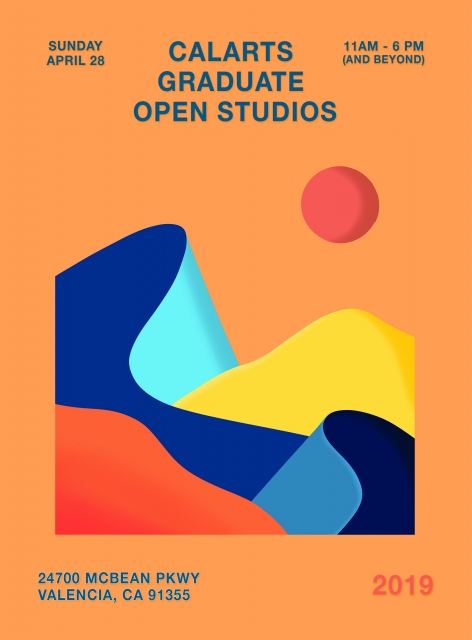 On April 28, CalArts’ School of Art invites the public to visit the studios of its MFA students for a day of exhibitions, performances and screenings.

Visitors can enter the intimate workspaces and chat with the artists from the Art, Photography & Media and Art & Technology  programs about their pieces and current practices. Held annually, MFA Open Studios is a great opportunity for CalArts students to share their work with the general public and communicate their insights into the art world.

Central to much of the work on display this year is the critique of power structures: institutions, gender norms, neoliberalism and new technologies/networks.

Alia Ali (MFA 20) engages with all of the aforementioned ideas in her latest project, a photo series titled UNDER THREAD. “I come from two countries that no longer exist: Yugoslavia and South Yemen. My parents are migrant linguists, speaking seven languages, sharing only English. I grew up between Sana’a, Sarajevo, Istanbul and Bloomington, Indiana. Later in my life, I lived in Wales, Vietnam, the United States and Morocco,” comments Ali. “Working primarily with photography, I address histories of colonization, imperialism, sexism and racism in projects that take patterns and textiles as their primary motif.”

On their book-length thesis project ha mer ika, Institutional Interruptions, Silvi Naci (MFA 20) states: “It’s a meditation on gender, queer identity, race, nationhood and citizenship, (de)colonialism, and especially, family relation and dysfunction,” Working across both text and image, Naci says the title comes from the way the word America is said in Albanian slang. “I wanted to break the word down to its vowels and to its limited meaning: ha – eat, mer – take, ika – leave. Said to be understood as a young child in the land of the free.” 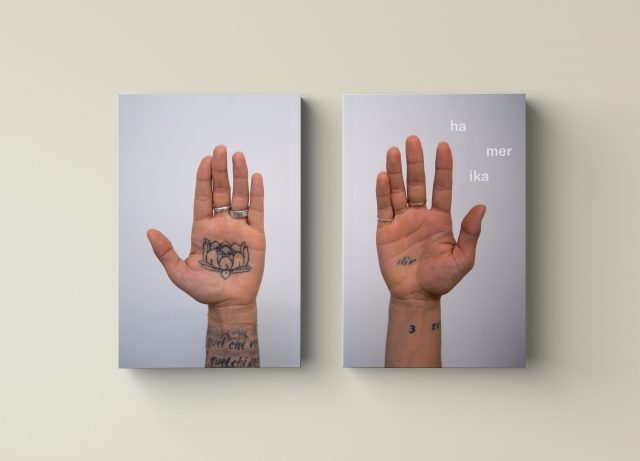 Silvi Naci’s ha mer ika, Institutional Interruptions is part of CARE, her thesis show exploring the intersections of gender and racial identity as well as the migrant and the displaced body | Image: Silvi Naci

Also engaging with ideas of movement and shift is Vanessa Holyoak, a second year MFA student in both the Photo Media and Creative Writing programs. In regards to her work, she states that it deals with a “feminist reconsideration of time in a late-capitalist society in which bodies are fit for commodification up until their short-lived expiration dates” as well as a “discourse of cultural displacement, in which liminality, memory, and the phenomenology of embodied experience play central roles in the forging of a self beyond categories, paradigms, and borders.”

All visits will take place in the Broad Studios as well as the Annex and Photography Studio Buildings. There will also be performance art and video screenings throughout the day in the John Baldessari Studio Building.

CalArts’ MFA programs has long been known for producing exceptional and vital work. Many of the school’s graduates have gone on to achieve world-wide success, including Mark Bradford, Catherine Opie and Mike Kelley.

Open Studios is free and open to the public, and more information can be found on the CalArts website.