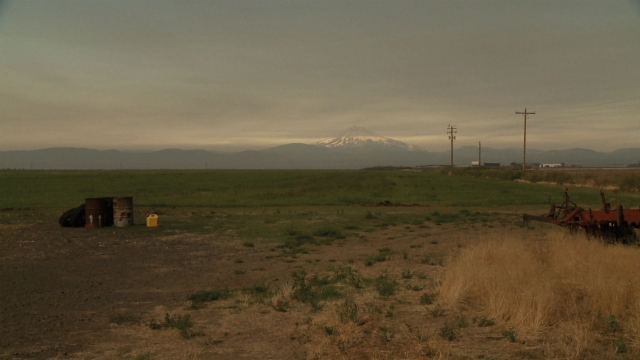 Since the 1970s, prolific filmmaker, artist and CalArts faculty James Benning has created films that invite viewers to participate in a rigorous practice of “looking and listening” to deepen their understanding of space and time. On Monday, April 29, REDCAT presents James Benning: Two Films, which includes the world premiere of two moons (42.5 minutes, 2018) and L.COHEN (45 minutes, 2017).

The screening opens with L.COHEN, a film that has played at many prestigious festivals and museums, including Toronto International Film Festival, Cinéma du Réel in Paris and the Hammer in Los Angeles. Shot in Oregon, the film observes an “unremarkable farm field on a most remarkable day,” according to the program. The title refers to the late Canadian singer-songwriter Leonard Cohen. 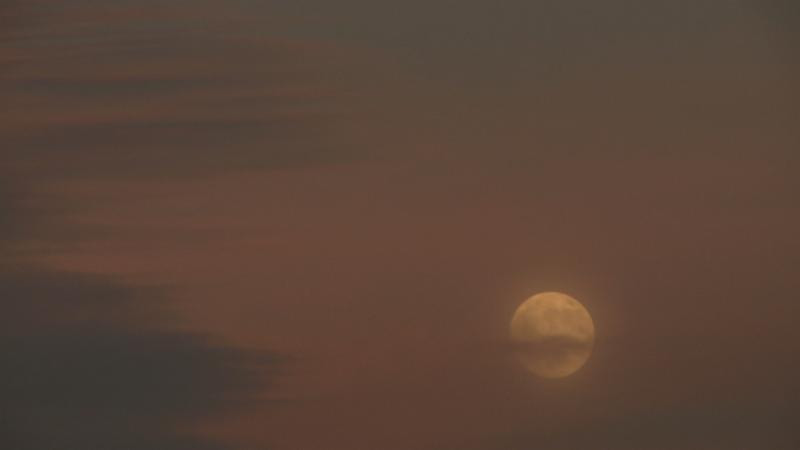 two moons, shot on Nov. 21 and 22, 2018, in Valencia, Calif.,  shows a gibbous and full moon rising. In an email, Benning dropped a few hints about the REDCAT screening:

For L. COHEN, at first nothing seems to be happening, but lots is, however it’s not perceivable. Then something rather amazing happens, then something surprising, and then something unexpected. It’s a pure document, there is no digital manipulation.

For two moons, you see the same thing twice. But it’s not the same.

Benning’s work has been shown widely in both the film and art worlds. In 2018, his work was featured in the National Gallery exhibition, Outliers and American Vanguard Art, which was organized by Chief Curator David Schwartz and Associate Film Curator Eric Hynes. The exhibition then traveled to High Museum in Atlanta and LACMA in Los Angeles.

On May 16, 2019, a solo show of his work, Quilts, Cigarettes, and Dirt: An American Portrait will open at The Museum of Contemporary Art Santa Barbara.

Related: Read a 2018 interview with Benning in Sight and Sound.