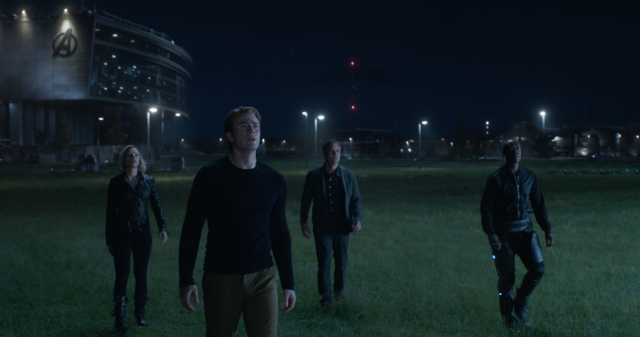 Disney and Marvel’s Avengers: Endgame — the final chapter of the Marvel Cinematic Universe’s (MCU) latest phase — was released this weekend. The film shattered box office records by taking in $1.2 billion in its worldwide launch.

Directed by the Russo brothers (Anthony and Joseph), the film is a culmination of the previous 21 MCU films, which begin in 2008 with Iron Man.

CalArts alum Don Cheadle has been a part of the MCU since his debut as Lt. Col. James ‘Rhodey’ Rhodes, aka War Machine, in Iron Man 2 (2010). Since then, the actor and producer has played the character in Iron Man 3 (2013), Avengers: Age of Ultron (2015), Captain America: Civil War (2016), Avengers: Infinity War (2018) and an uncredited appearance on Captain Marvel earlier this year before Endgame.

While we won’t go on to spoil War Machine’s fate in Endgame for those who haven’t seen it, regardless of the character’s outcome, it’s turning out to be a banner week for the actor.

In addition to the box office news, on Monday Showtime announced a second season renewal for Cheadle’s television series Black Monday. The comedy follows a Wall Street trading firm in the year leading up to the international stock markets’ crash in 1987. Cheadle stars in the show and also serves as one of its executive producers.

And Cheadle’s not the only CalArts connection to Endgame. We’ve heard from a couple sources that there’s a very quick A113 reference in the film, too.